Innerwear is no longer a basic need. Earlier it was all about giving shape to the human form as per global and popular standards of physique and human structure. Innerwear is now about intimacy, security and comfort. It has become an extension of a person’s personality. A style statement! 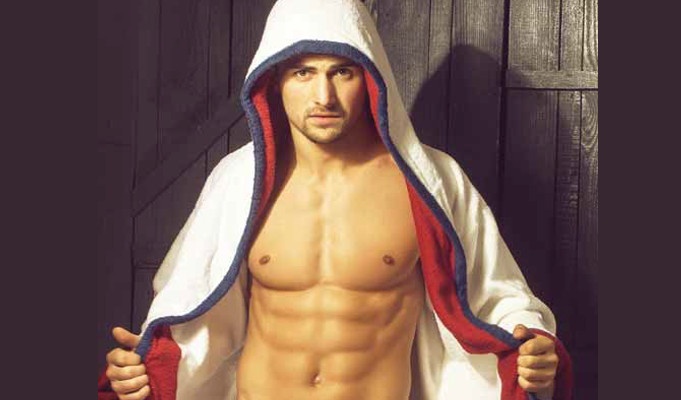 Brands are tapping on these new phenomena by proceeding to do away with traditional styles. Innovative brands are coming up with comfortable and stylish innerwear, albeit now, with sustainability in mind.

Since innerwear is no longer viewed as a commodity, functionality and eco-friendliness are becoming important aspects, both for customers and brands. This is why conscious brands have begun exploring innerwear ranges which is eco-friendly. This push for innovation, change and increased responsibility is because of millennials and Gen Z, who are increasingly making informed buying choices.

A report published by PWC indicated that 21 percent of the respondents to a survey were willing to shell out an additional 5 percent on sustainable fashion and this includes innerwear
The expansion of intimate market is set to rise with customers demanding multifunctional intimates. Fibre and fabric manufacturers will also have to change their methods with changing demands for more sustainable material in the woven industry.

Innovative Fabrics That Are Changing The Way Consumers View Innerwear: Fabric remains the main feature which differentiates the product. While cotton has always been a preferred fabric of choice; it is clearly being explored with other fibres like spandex and modal. In fact this trend is on the rise. A lot of brands catering to the discerning consumer have started offering more options of cotton (Supima), spandex and modal (Tencel/ Lenzing MicroModal) thus mixing best of all worlds.
Tactel (nylon) is another fabric that is being used owing to its strength and smoothness. Since comfort, innovation and performance drive the innerwear segment; game changing technologies have made way for such fabrics. On the forefront of these innovation is Tencel Modal Micro (formerly known as Lenzing Micro Modal) which is a wood based cellulosic fiber. With elements like permanent softness, enhanced breathability, colour retention and superior hygiene properties, combined with style Tencel is a key addition to the men’s innerwear market and has been doing wonders. Uniquely derived from renewable wood sources and produced using Eco Soft technology, Tencel cellulosic fibers answer to both the demand for sustainability and comfort and is a preferred choice among the key innerwear brands.

The innerwear industry can further be driven only if manufacturers take the lead in producing materials of advanced technology without compromising on the ‘green credential’.
And it’s not just customers, brands and apparel companies are becoming conscious of the after effects of fast fashion on the environment and are therefore focusing on sustainable material so as to not leave behind a carbon footprint.

Market Growth: The Indian Innerwear segment has grown at 15 percent during the start of this decade (2010- 2015). During this period, the share of intimate wear in the total apparel market increased from 6.4 percent to 7.1 percent. In the year, 2018, the segment witnessed sales of over a billion units for men’s underwear alone. The segment is expected to grow equally well till 2020 and account for nearly 8 percent of the total estimated apparel market. It is expected to become a `47,000 crore market, by the year 2020. As disposable incomes increase, the focus has shifted to buying right and buying responsibly.

The Indian innerwear market is dominated by the women’s segment which accounts for a staggering 60 percent of the overall market. Kid’s intimate wear merely has a 4 percent share in the total market. The men’s segment currently holds 35 percent of the total market. The men’s innerwear segment is valued at around Rs 8,500 crore. It had a CAGR of 14 percent since 2010. With increased disposable income and changing consumer behavioral patterns, the segment is expected to maintain its current growth rate reach Rs 68, 270 crore by 2024.

The Transition of the Market

Traditionally, the segment is highly unorganised and fragmented. Many small scale players operate in this segment and usually cater to their local regions and don’t have a widespread distribution network. The segment is however, evolving due to the influx of global players and growing awareness. This has opened up the segment to intense competition and it is gradually moving towards an organised retail structure.

Until the 90’s, the sector didn’t receive much focus and innerwear was viewed as an essential commodity with little to no customization or focus on style and comfort. Innerwear was just a basic necessity and not a much talked about and discussed product. Sustainability was a farfetched concept, as brands were trying, back then, to simply normalize comfortable intimate wear.

As global innerwear brands began foraying into the Indian market in the early 2000’s, the focus was generally to woo women into buying premium brands. The paradigm shift happened after 2010 with men also becoming the focus of innerwear brands. Today men are also making conscious buying decisions. Changing lifestyle choices has trickled down to the intimate category as well. This change in buying behaviors’ is not restricted to India alone but is being seen world over. This has resulted in the phenomenal growth in this segment over the last five years.

Who Buys What & Why: Research shows that men’s innerwear consumers can be segregated into four core categories on the basis of their purchasing behavior. The first group consists of men from metro cities in high-paying jobs with high disposable incomes who seek only premium brands of innerwear. The next is men with well-paying jobs from metro cities who assess multiple factors before making a purchase decision. Factors such as price, style, convenience, quality, etc., come into play while making purchase decisions. The third category is consumers from Tier II and III cities who aspire to live a lifestyle like those in metro cities and the last group consists of men with low disposable incomes who have cautious buying patterns.

According to a recent study, most customers prefer shopping for innerwear not more than twice a year. 10 percent of shoppers buy innerwear only once a year and prefer to buy multiple products at once.

The innerwear category is usually purchased on the replenishment of existing stock which is why customers prefer buying innerwear in packs of two and three. However, with fashion kicking in and influencing buying behavior, impulse buying has led consumers to buy innerwear in singles as well.

Due to the demand for differentiated and sustainable options, men’s innerwear is experiencing a gamut of offerings. Global brands are increasing their product range by diversifying into luxury loungewear and sleepwear. For instance, big brands like Calvin Klein and Gap have already introduced a luxury loungewear range. Innovation is not restricted to product segments but has extended to product types as well.

Brands are introducing various types of innerwear. For instance, briefs come in low-ascent, medium ascent, skyscraper and numerous cuts. Innerwear apparel players are extending their product portfolios by venturing into activewear, casual wear, formal wear, etc. Brands have created sub categories of men’s innerwear like vests, briefs, boxers, shorts, pajamas, etc. Just like the women’s innerwear segment, the men’s segment also divides the product range into classes such as super-premium, premium, medium and economy segments. Unlike the women’s segment however, the economy segment in men’s innerwear is the highest contributor to total men’s innerwear segment. It is expected that in the next five years, the premium and super premium categories are going to witness a phenomenal growth due to growing brand awareness and fashion consciousness.

E-commerce Vs. Physical Stores: Distribution channels play a very important role in the success of a product. It is becoming very important, in today’s digital age, for products to be available where consumers are looking for them. Which is why, innerwear brands are making their presence available on online retail stores like Myntra, Amazon, Jabong, etc. Some brands have their standalone websites as well, in addition to being available on online retail stores.

In the physical market, Indian and foreign brands are available across all metro cities as well as Tier II and III cities. Local and small players also carry global brands in retail outlets.

Premium brands either have their standalone stores in prominent areas or malls or they are sold in departmental stores with multi-brand retailing. Since most global and regional brands have a similar distribution model, there is no shortage of supply. When it comes to style, customers have a plethora of choices and a variety of styles to pick and choose from. But when it comes to sustainability, very few brands have a range to boast of. This is where some brands outsell others.

The presence of the innerwear brands across platforms, both online and offline, simply shows how rigorous innerwear brands are increasingly becoming about their visibility, awareness and popularity. Catering to the evolving Indian customer is making innerwear brands innovate. Not just with product type, but with promotional techniques as well. The fragmented and unorganised distribution structure increases the complexities for brand’s interaction with the target consumers but marketers need to re-strategise and chalk out their marketing plans in line with evolving consumer needs.

Ads & Promotions: The category is highly advertised and celebrities with widespread influence and fan following from Bollywood are roped in as celebrity influencers. The men’s innerwear segment is the only segment to have a plethora A-list celebrities. Celebrities like Shah Rukh Khan, Salman Khan, Ranveer Singh, Akshay Kumar, Hritik Roshan dominate the scene. This could perhaps be because the segment in addition to advertising, is trying to create awareness about the product range and performance.

Ads are the most popular platform and the biggest promotional influence for the men’s innerwear segment. In addition to TV ads, Print media with full page Ads are also popular, with brands foraying into in-shop branding, retail gate branding, product posters and event sponsorship. However, despite heavy promotional activities, customer engagement in the innerwear segment is not very high. Brands are trying to bridge this gap by customized marketing. Brands are also trying to engage with young consumers and try and normalize conversation about innerwear and intimate wear.

From commoditising innerwear to later sexualising it after the 90’s, brands are now focusing on ecologing it. The innerwear industry has thus come a long way since then and is adapting to changing mindsets and changing preferences. As more and more brands try and grab a piece of the thriving innerwear market, competition is increasing. Both global and local brands are fighting for market share and volumes. While the competition for who rules the segment continues, consumers see innerwear as a fashion statement albeit with no guilty conscience. As the segment grows, most innerwear brands will face this challenge – how to differentiate their brand from that of the hundred others available. And while brands come up with new ranges of design, portfolios, new fits and styles – the greenest option is the way ahead to set a brand apart.