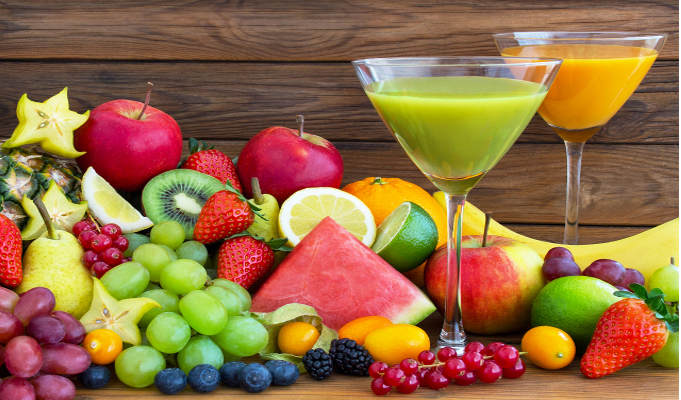 The beverages category contributes 8-9 per cent to the total FG market in India. With the entry of major international beverage players over the last few decades, the market has evolved and has made way for many products, which have found an immediate connect with Indian consumers. The emergence of various brands in all segments has given an unprecedented thrust to the category over the last couple of years. Consumers can choose beverages of almost all flavours, colours, ingredients, health and nutritional values.

According to research conducted by IMAGES Group – the publisher of Progressive Grocer India – for The India Food Report 2016, the market for beverages in India is close to Rs 195,000 crore and is growing at 20–23 per cent. This growth rate will take the category at three-and-a-half times of its present size by 2020.
All constituting segments are witnessing a growth at a healthy range of 20–25 per cent, which is the highest among all food groups. This growth can be attributed to the fact that the market for beverages is getting more segmented and niche than ever before.
The expanding products range is majorly fueled by the food processing sector and with the growth of the sector, the category is bound to carry forward the acceleration.

The category can be divided into four broad segments – tea and coffee, occupying the largest market share; juices and flavoured drinks; packaged drinking and flavoured water; and other nonalcoholic drinks including soft drinks, cocoa, chocolate, etc. The lion’s share of tea and coffee in the category confirms that it is still ruled by traditional beverages. India may be the country with strong holds in tea and coffee in specific areas but combined together, they hold a commanding section of the whole market.
Another traditional segment having a significant share is juices along with other canned and bottled beverage options. In spite of large financial muscle powers and unparalleled distribution advantage, the global beverage giants are able to hold just 5 per cent share in the category. Content-wise, the products in this segment are synthetic and this could be the reason why they will continue to remain a second option among traditional consumers.
Packaged drinking water is the solution to the lack of proper drinking water availability in the country but even that does not seem to help the segment occupy a market share of more than 1 per cent. This market share is almost negligible, and is generally concentrated in the urban areas.

The eastern and southern regions are very strong in holding a large share in the beverage market. Together they possess 73 per cent of the total market. The north and the west have almost identical market share. In some way the west and the south have a higher average monthly per capita consumption figures for beverages than the average figure of all-India consumption. In spite of holding the largest market share (including north-east), the eastern region has the lowest per capita consumption. Coffee enjoys a commanding share in the south region followed by the west.

Similarly, the east is the star region for packaged, flavoured water. Other non-alcoholic drinks in a way reflect the balanced share in the range of 21–29 per cent across all regions. Juices and bottled/canned beverages are least consumed in the east and south, respectively.

About four cent per cent of the total beverages market is formed of the juices segment. The segment is growing at 20–25 per cent and is expected to grow almost four times bigger in the next five years. Today, Indians are spending at an average just Rs 6 per month on juices, which is less than what they are spending on other beverages. The juice segment has been somewhat impacted by the emergence of other flavoured drinks, which have become an easy alternative.
ALSO READ:
BigBasket says huge surge in organic juice demand
However, three-fourths of the juice market is urbanised. The high consumption of juices in these markets is the result of higher health awareness, availability of branded juices, urban lifestyle which is full of options, boom in modern retail and mall culture, and influence of globalisation in the F&B space. People today realise the importance of healthy food and they demand packaged juices, which can easily be carried along while on the go.
The juice segment has two components – packaged juices and fresh juices. The packaged juices component has a higher growth rate since it is easily available all the time. However, not more than 15 per cent of the segment is dominated by packaged juices. The packaged juices can be further classified into fruit drinks, juices and nectar drinks, which are recent additions. Fruit drinks have one-third fruit content in them and sell the most. The industry claims it dominates 60 per cent market share. Fruit juices, on the other hand, are 100 per cent composed of fruit content, and claim a 30 per cent market share at present. In contrast, nectar drinks have anywhere between 25 and 90 per cent fruit content, but account for only about 10 per cent of the market.
The rising number of health-conscious consumers is giving a boost to the fruit juices segment; it has been observed that consumers are shifting from fruit based drinks to fruit juices as they consider the latter a healthier breakfast or snack option.

The culture of eating out has given birth to meal and soft drink combos, which Indian consumers are savouring to the fullest. This has given a much required boost to soft drinks consumption. They have become penetrative in almost all consumer segments from kids to college-going students to middle-aged couples. Soft drinks are no more a sunny hot day culture but have evolved as part of the meal, especially while eating out. The growing consumption of soft drinks has revolutionised the pack sizes also. From 300 ml bottles to 2 litre PET bottles, the players in the segment are servicing all consumption demands. The segment has made some significant achievements and penetration in the rural areas is definitely one of them. The industry reports claim that rural areas account for 75 per cent sales of PET bottles.
Based on the consumption patterns, the soft drink market in India is classified into two segments. The first is ‘Public’ segment, which represents the place where the soft drink is bought and consumed by public on a large scale, thus generating volumes. This includes places like railway stations, stand-alone shops, restaurants and cinemas. The other segment is that of ‘Household’, which represents soft drinks purchased and consumed at home and household level. However, in India the former beats the latter hollow. The public consumption accounts for almost 80 per cent of the total sale of soft drinks and household consumption accounts for the remaining 20 per cent of the sales.