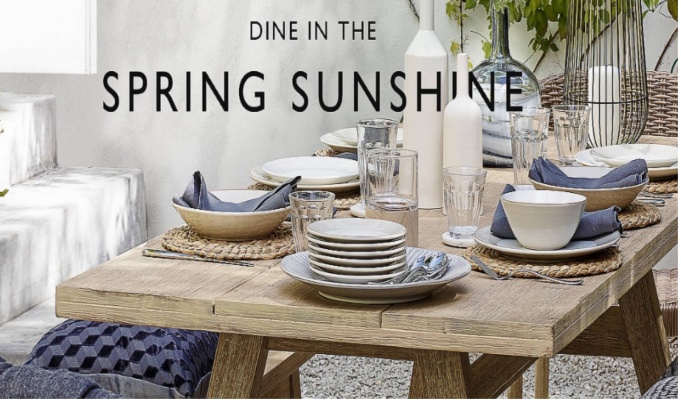 Commenting on the same, Sofie Willmott, Lead Retail Analyst at GlobalData, said, “Although it is in a better position than many other UK non-food retailers thanks to its strong brand image, robust online proposition and broad product range, John Lewis & Partners still expects that its full year sales could fall 35 percent in a worst case scenario. Since it was forced to close its 50 stores on March 23, the online channel has been a lifeline for the retailer with its home delivery and click & collect options being maintained despite a surge in orders, enabling it to deliver a decent performance in the circumstances.

Department store retailers have struggled in the past few years however its wide ranging assortment has aided John Lewis & Partners’ performance in recent weeks and it has been able to highlight the relevant items it stocks that would not usually be in high demand. Seeking to improve their time spent in isolation, consumers have purchased sports equipment, home office items, toys & games and cooking and baking products – all of which John Lewis & Partners sells. Despite this, the need for these items will dwindle and the demand for other major sectors that it usually relies upon, like clothing & footwear, is unlikely to return immediately post-lockdown as shoppers prioritise spending on essentials.

At a time of uncertainty and low consumer confidence, it is vital that John Lewis & Partners substantiates its reputation as a trustworthy retailer that looks after its staff and customers, in order to protect its future performance. So far, it has done a good job by implementing various measures, such as rewarding partners and paying those on furlough leave till the end of May while reducing the pay of the executive team and directors by 20 percent.

All retailers are having to rapidly adapt to the seismic shift in consumer shopping habits caused by the COVID-19 pandemic and for a business that covers both non-food and food sectors, it will be tougher for the John Lewis Partnership. Given this and that it has recently lost the long-serving leaders of its two brands, Dame Sharon White is so far handling things well and despite its struggles in FY2019/20, John Lewis & Partners is well positioned to come out of the crisis as a survivor.”