The issue of doormats with the Indian flag and Gandhi slippers being sold by e-commerce giant Amazon was up for debate in the Rajya Sabha on Thursday, with members raising concern over the matter. 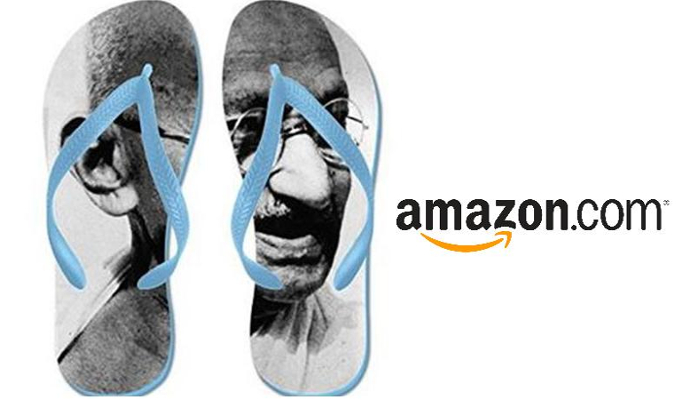 The Government assured members of the Upper House that action has been taken against Amazon and these have had their desired effect.

Members asked whether the Government could impose a ban on sale of such products so that national emblems are not besmirched, whether there were provisions to stop insult to religious sentiments and if the Government contemplated action against such e-commerce platforms.

Minister of State for External Affairs M J Akbar was quoted by PTI as saying: “Such things cannot be controlled as there is no international treaty on this, but confirmed action under two laws enacted in 1950 and 1971 to protect dishonoring of national emblems.”

“The incident occurred in two nations, Canada and United States. As soon as we got to know, our missions in Ottawa and Washington raised the issue at the highest possible level in every possible manner,” he was further quoted as saying.

“The issue went up to the owner, the person who runs Amazon, Jeff Bezos. Action was taken by Amazon and I think at this moment, we can be assured that this would not be repeated. They (Amazon) have written to us as well,” he told PTI.

Akbar, however, said, a law was enacted in 1950 and another in 1971 to protect exactly those problems that have now come up.

“We as a Government do our utmost to see that our national honour and sentiments are not besmirched in any way and I hope that our efforts will yield results,” he told PTI.

As per a PTI report, the Minister said, ‘we take every possible recourse within our means and legal framework to check such things. The actions we have taken have had the desired result.’

The issue of Amazon selling tricolour doormats and slippers on its websites had irked External Affairs Minister Sushma Swaraj, who had said such things were unacceptable and had threatened Amazon management of rescinding visas to its officials if they did not stop such sales.