Cashback and coupons site CashKaro.com has raised an undisclosed amount from Ratan Tata, the Chairman Emeritus of Tata Sons. Tata has made the investment in his personal capacity, his third investment in 2016. 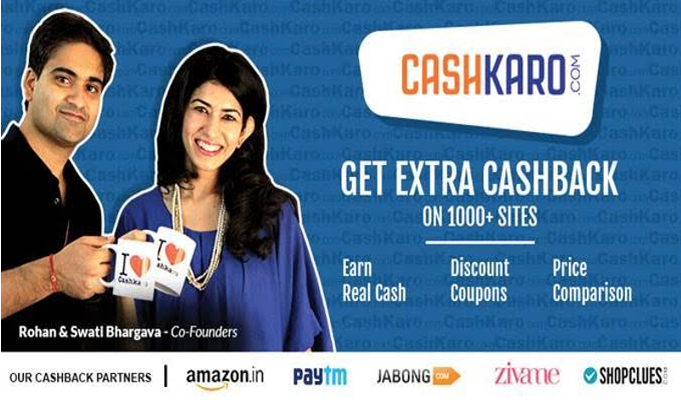 The funding comes just two months after the Gurgaon-based startup raised Rs 25 crores in Series A funding led by Kalaari Capital. It had earlier raised USD 750,000 in the year 2013 in angel funding from a group of investors based in London who belong to companies like Paypal, Investec, Goldman Sachs, etc.

The funding will be used to expand geographically and build its technology. “We are privileged to have him (Tata) come on-board as an investor. An investment by him is an affirmation of the opportunity that CashKaro is addressing and the relentless efforts of the team towards building a large, valuable savings destinations that millions of Indians love.

His expertise and insight will be immensely helpful as CashKaro.com expands to newer markets and pursues an aggressive customer acquisition strategy,” Swati and Rohan Bhargava, Co-founders, CashKaro.com said.

CashKaro.com works with over 1000+ online retailers, including the most popular sites in India such as Amazon.in, Paytm, Jabong, ShopClues, etc. It claims to have over 10 lakh registered users on the site and over five million page views every month. CashKaro has already credited Rs 30 crores in real cash as cash back to its members and expects to cross Rs 1000 crores in GMV in the next few months.

Amazon resumes services in some cities, delivery delays to continue