“Our successful launch in Madurai all Credit goes to hard work of team at both sides in the entire breadth and depth of the Indian supply chain & media & press friends and all authorities from all concerned departments both at State and Central. Trust and Faith on both our brands by all our customers. Innovative Thinking and leadership team, all employees, and Divine blessings,” stated Team, Super Saravana Stores.

The gigantic Super Saravana Stores launched in Madurai last month, not only beats the largest Ikea warehouse-like store in Bengaluru – that sprawls over  4.6 lakh sq. ft. store at Nagasandra – but also competes with the tall department stores spanning over many floors in Tokyo or other cities.

Market watchers and retail experts reckon Super Saravana Store – that was unveiled by the Chennai-based group on 5 December in Madurai’s Lake Area locality near the Mattuthavani MGR bus stand – will be the largest standalone store in India.

“The Madurai store is a vertical marvel. It’s 10 floors of awesomeness, with killer-priced products. Vaidhyanathan K, (Marketing Head) and his team pulled this project off with aplomb. From what one hears, they’ve just rocked Madurai,” stated Anantha Narayan, a Chennai-based brand and product creator in a LinkedIn post.

The Madurai store gets a footfall of 40,000 every day. And on weekends more than 50,000 shoppers visit the store from all over Tamil Nadu.

Emails from IndiaRetailing to Super Saravana seeking more details about the store went unanswered. The details will be updated as soon as they are received.

Super Saravana store is a hypermarket chain with stores across Tamil Nadu.  The T-Nagar and Purasawalkam shops have huge turnovers and the roads inside and outside the shops are generally blocked by a large number of shoppers. 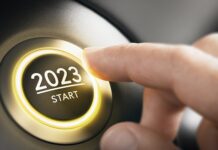