Hindustan Coca-Cola Beverages (HCCB), announced the appointment of Juan Pablo Rodriguez, its new CEO, as per the media reports.

Juan Pablo Rodriguez, who is currently the Chief Commercial Officer for the Bottling Investments Group (BIG), has been appointed as General Manager and Chief Executive Officer for HCCB, and will begin his transition in September 2022.

With the new position, he will be responsible for ensuring that HCCB continues to achieve its growth ambitions and trajectory in one of the largest operations in the BIG network.

As per the reports, in the last two years, Pablo has led the Big commercial team and transformed the channel strategy of the company. He is a 22-year veteran of the Coca-Cola system with a proven track record of leading teams and driving sustainable growth across markets. 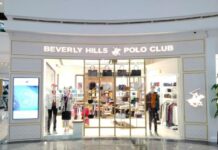