As malls and shopping centres in the national capital re-open on Monday after more than two months, they will be focusing on hourly disinfection of the common areas, contact-less shopping and physical distancing to prevent the spread of the deadly coronavirus. 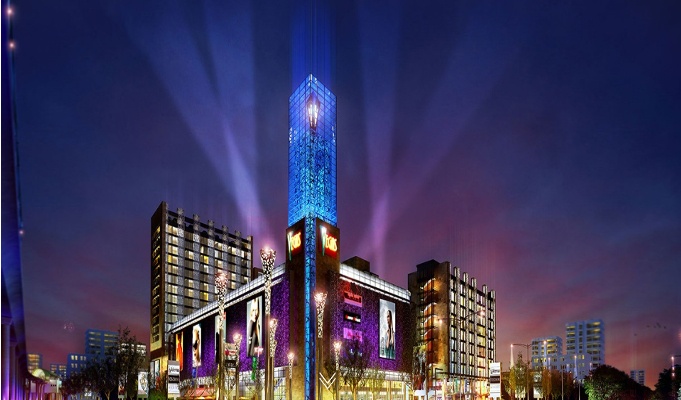 According to a PTI report: There are around 100 big and small shopping malls in the national capital, the source of around Rs 500 crore in revenue for the Delhi government, according to Brijesh Goyal, the convenor of the ruling Aam Aadmi Party”s (AAP) trader’s wing.

“Business activity in malls is carried out in a much more organised way as compared to the shops in markets,” he told PTI, adding that the shopping malls in Delhi employ about 10,000 people.

The managements of the malls and shopping complexes have issued detailed guidelines to shop, office and restaurant owners to keep the infection at bay.

Several malls have set up UV sterilisation chambers for people to disinfect their belongings.

“We have asked our staff to report an hour before the malls are opened for the public. After the mandatory screening, the employees will be given face-shields, gloves and sanitiser,” Harsh Vardhan Bansal, the Director of Vegas Mall in Dwarka told PTI.

Shops, restaurants and offices have been asked to keep their doors open as common surfaces like doorknobs or handles can spread the infection, he added.

The carrying capacity of elevators has been reduced by 25 percent. Visitors will have to maintain a gap on escalators too, Bansal, who is also the director of Unity 1 malls, said.

Those visiting the mall should wear masks and have the Aarogya Setu application installed on their mobile phones. Pregnant women, children aged below 10 years and persons aged above 65 years will not be allowed entry, he said.

“Contact-less sanitiser dispensers have been placed in every corner of the mall. The entire complex will be sanitised twice a day. The common areas will be disinfected on an hourly basis,” Bansal further told PTI.

In clothing stores, dummy shirts will be made available for a trial and sanitised after every use, he added.

Manmohan Garg, the Director of D Mall in Pitampura, said the metal surfaces and common areas of the complex will be disinfected regularly.

Thermal scanners and sanitiser dispensers have been placed at the entry gates and the visitors with COVID-19 symptoms will be asked to return, he said.

All government guidelines will be strictly followed. Pregnant women and those aged below 10 years and above 65 years will not be allowed entry, Garg added.

Offices will be responsible for a regular disinfection of their premises, he said.

Garg also appealed to people to avoid stepping out of their houses unnecessarily.

Arjun Kumar, the Chairman of PP Tower in Netaji Subhash Place district centre, said elevators will be sanitised every hour and not more than four persons will be allowed in those at any given time.

The visitors will be encouraged not to touch the common surface areas and to open the doors with their elbows, he said.

Surendra Gupta, the Director of the Kings Mall in Rohini Sector 10, said there will be only one entry and exit point so that the visitors can be screened thoroughly.

Not more than two persons will be allowed in an elevator at a time, he added.

“All government guidelines will be strictly adhered to,” Gupta told PTI.