The reopening of stores are just symbolic as it would take time for business to normalise, and without government support many companies will find it difficult to meet financial obligations, according to Spykar Lifestyles. 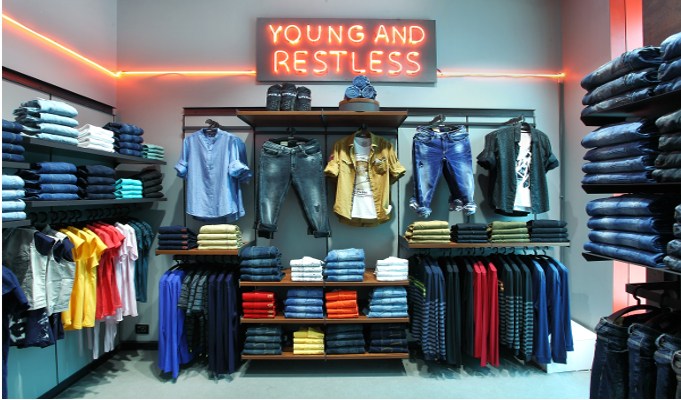 According to a PTI report: The company, which has reopened around 25 franchise owned and operated stores by the weekend following government relaxation of guidelines for the third phase of lockdown, said it has so decided not to reopen any company-owned and franchise-operated stores till May 17.

The youth fashion denim products retail chain also feels that despite the government directives to pay salaries to employees and not to lay off people, many companies may no longer be able follow it as they would soon run out of money.

“These are early days for business to look up. These are just symbolic that business has started. Something to be looking forward to in these times. Any sane and practical business person would know that it is going to take some time before business normalises to where it should be,” Sanjay Vakharia, CEO, Spykar Lifestyles told PTI.

He was responding to a query on the response from consumers on reopening of stores and the company’s own expectations when business restarts.

“We are not in a hurry. Currently, whatever we are opening are none of company owned-franchise-operated (COFO) stores. We are only opening only stores which are owned and operated by franchisees because they are entrepreneurs in their own right and they have the visibility of what they are doing. The decision whether they should open or not open, we have left it to them.

“What we are doing over there is we are ensuring all the SOPs that the company has laid down are followed. We are ensuring that they follow these protocols so that the consumers are absolutely safe, so that the staff in the store is safe…Internally we have decided not to open any store which is a COFO store till the May 17 till we have an understanding of the situation,” Vakharia further told PTI, elaborating on the company’s strategy for restarting business.

Commenting on the hardships faced by retailers during the lockdown, Vakharia told PTI, “50 days have passed and not a single rupee has been recovered from the entire country in that sense…Overall it is not a great time and the ability to kind of keep honouring obligations would be getting minimised by the day”.

He said although the company has paid salaries for its employees for March and “hopefully for April as well I think the sense of insecurity is quite high in the entire chain”.

Expressing disappointment with the government, Vakharia told PTI, “In this period, I feel we are let down by the government. They failed to see the extent of damage this can bring on the table. At one point, which is nice that they are trying to ensure that people do not get laid off and they don’t lose their salaries, but how long can business sustain and be able to pay the salaries of these people”.

Stressing that when none of the stores are operating and rents are expected by malls, which in turn have to meet their obligations to banks, Vakharia told PTI, “Banks have to get this directive from the government to ease this pressure and that directive is not coming from the government. Somewhere the government is not accepting or wanting to take an obligation or probably just leaving things…”

“I think it is too long and the sense of insecurity which is pervading through the entire workforce is going to be a lot more damaging than what the government is anticipating.”

Vakharia said although the company may not lay off people and pay salary but the whole sense of security among employees of whether their salaries will come or not, whether they would be having jobs or not, is diminishing.

“That sense of security, which the government thought would be there because of the directive that the government had, is not something which can be there for too long because at some point of time companies may not have enough money to pay. That time is very close and it is not too far away,” he cautioned.

There is little that companies could do “if you don’t have money in the bank, not a single rupee, even the receivables for what you have sold earlier is not coming because those people are also not doing any transaction”, he was quoted by PTI as saying.