Retailers and traders expect to re-open more shops from Monday under the new relaxed guidelines by the government for the extended lockdown period till May 17, although they are still seeking clarity from local authorities. 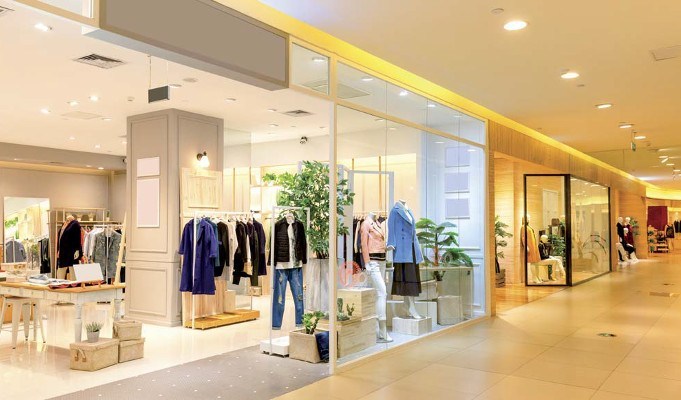 According to a PTI report: Retailers Association of India (RAI) said it will have to be seen how it works out at the ground as there is confusion, and many states are yet to come up with guidelines to follow the Centre’s decision. It has already stated that what constitutes market places could be misinterpreted.

Similarly, Confederation of All India Traders (CAIT) also claimed they will be in a “dilemma” as there is confusion over “what constitutes a neighbourhood shop and a standalone shop”, while organised retailers such as Future Group and V-Mart Retail said they are also seeking permissions from local authorities.

“Some parts of the businesses will reopen. What we see is that there is the possibility of opening of some standalone stores…We will open wherever we can and we will talk to the local authorities to open. We will have to see how it works out.

“In any case individual states will have to come out with clear guidelines. While some states have come out with the guidelines but they are the same as what Centre has said. I think the states are also confused and they are printing the same thing that Centre is sending,” Kumar Rajagopalan, CEO, RAI told PTI.

Expressing similar concerns, CAIT Secretary General Praveen Khandelwal told PTI, “The traders will be in a dilemma”.
When asked whether things are expected to change on the ground with the phase 3 of lockdown beginning Monday, he said there is “lack of clarity and confusion over what constitutes a neighbourhood shop and a standalone shop”.

National General Secretary of the Federation of All India Vyapar Mandal, V K Bansal told PTI, “The biggest problem with the guidelines is that it all depends on the states. The states frame their own policies and do not want to take any responsibility. The Centre wants relaxation but states are restrictive”. While wholesale markets are not allowed to open in red zones in Delhi, he said, standalone shops can open but the state government’s role was crucial in implementation of the Centre’s guidelines.

Bansal added that unavailability of migrant labour was a major issue faced by shop owners, restricting their operations.

According to the leading retailer Future group, the company would now start retailing other than non-essential and food items wherever allowed after the new notification.

“Inside Big Bazaar, we would be now able to sell not just food and essentials only but also other items as crockery, kitchenware and general merchandise. Even at Big Bazaar, at certain places we would start selling other products apart from food,” a Future group official was quoted by PTI as saying.

The Future Group, which operates in several formats such as large stores Big Bazaar and neighbourhood store Easyday, said that the company is in the process of obtaining permission to open the stores in the green zone.

“Wherever, we have standalone stores in the green zone, we are also figuring out with the authorities when to start operating,” the official told PTI.

According to another Future group official, most of its big format stores like Big Bazaar are in malls, which have been kept closed even during the second phase of the lockdown.

“The standalone stores of Big Bazaars were already operating. Some of our stores are in non-mall areas and we have written to the local authorities seeking permission for that,” he said.

Around 80 percent stores of Big Bazaar are operational with several restrictions such as timing, number of visiting and retailing activities limited only to essential items, the official said.

Value fashion and lifestyle products retailer V-Mart Retail also said it is gearing to open the stores in the green and orange zone but reiterated that there is a need for clarification on the difference between malls and standalone stores, specially in small towns.

“We have around 62 stores are in green zone and 98 are in orange, where there are chances that the stores would open. We are in talks with the local administration to allow the stores to open,” V-Mart Retail Chairman and MD Lalit Agarwal said. He, however, said it will be a gradual opening as initially people would hesitate to come into the store.

“We expect all our stores to be opened in phased manners and in the initial month only 20 per cent customer would visit,” Agarwal told PTI.

He sought greater clarity from the government on the differentiation between a mall and standalone retailers.

“In the small towns, there are no malls and they (local authorities) misunderstand small standalone stores like us for a mall and prohibit us from operating,” Agarwal was quoted by PTI as saying. Under the MHA guidelines, malls will continue to remain shut in all zones.

All standalone shops, neighbourhood shops and shops in residential complexes are permitted in urban areas without

In green and amber zones there are no such restrictions for marketplaces, neighbourhood and standalone shops.