The operating cost of retailers would increase by up to 35 percent after following the new standard operating protocol (SOP), which includes implementing social distancing and a token system at stores, introduced in the wake of coronavirus pandemic, Rakesh Biyani, Managing Director, Future Retail said on Tuesday. 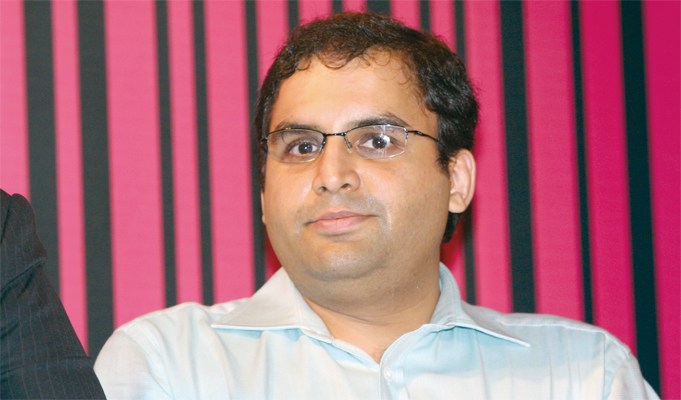 He also said that “business is churning but supplies are inconsistent” and the number of footfalls has reduced due to restrictions imposed by the local authorities during the lockdown.

“Operating costs will go up by 30-35 percent easily for small stores, larger stores will see costs going up by 10-15 percent,” he said while speaking at an online media briefing organised by the Retailers Association of India.

According to Biyani, delivery services across the board have gone up and all retailers are trying hard to serve customers as much as they can in the extended lockdown period.

“Around 20-30 percent of business is now in deliveries, which is 10 times what was happening earlier. However, overall revenues have fallen by 30-35 percent given that people are not consuming as much,” he said.

Under the new SOP that RAI is suggesting retailers to take, more emphasis be given to digital payments and reduce cash transaction, and maintain social distance. This may also require reskilling of the employees.

Commenting on inventory pile-up, Biyani said as only essential items have been allowed to be sold during the lockdown, many retailers have huge stocks of apparels and other non-essential items.

“Retailers do have a problem of holding inventory. We are helping to find a win-win situation for retailers and manufacturers to accept orders already placed. Orders will not be cancelled but deliveries might be delayed,” Biyani said.

However, he ruled out end of season sales to replace the stocks.

“I don’t think an end of season sale will happen. We cannot discount existing stocks and we don’t want to run sales and have crowds coming in. We want to be more responsible about this,” he added.

Biyani also added that though supply is inconsistent, the situation is under control and the number of customers visiting stores has been reduced due to the existing restrictions.

“Things are in order, business is churning but supplies are inconsistent. Some places where the curfew is strict, the working hours of stores have been reduced and hence the number of people coming to buy have reduced.”

The Retailers Association of India (RAI) expects that it would take at least nine months to a year to reach pre-lockdown sales.

“The last quarter of this financial year we would see the curve flattening out. We don’t see the industry resuming before the next 9-12 months,” said B Nagesh, Chairman, RAI.

“If this support is given, largely financial, that will allow the entire wheel to get back to normalcy,” he said.

Stressing the need for cash rotation, he said: “To reset the Indian economy, the cash engine needs to be going, or manufacturing can’t function alone. And it is not just India; the entire world has collapsed and exports can not be the solution. Getting the economy to move within India is the best way for revival.”

Atul Ruia of Phoenix Mills, which is a retail mall developer, said that it is considering reducing the hours of operation of the mall and reduced working hours.

According to Kumar Rajagopalan, Chief Executive Officer, RAI, the association has been in touch with the government and they are listening to their suggestions.

“However, unless a financial package comes in, revival is going to be very difficult,” he said.

According to RAI, for retail to survive, the government must provide working capital loans to the extent of 2-3 months of sales at low interest and provide a moratorium of 6 months for repayment of loans.

“To survive, retail needs to retain employees to avoid job losses. The government needs to provide wage subsidies up to 50 percent of wages of blue-collared workers earning salaries of up to Rs 25,000 or minimum wages, whichever is higher,” said Nagesh.