Over the next decade, the Indian luxury market is well poised to see positive growth on the back economic development, greater connectedness and policy reforms, all of which will off er a plethora of opportunities for luxury companies to serve young, affluent, connected and confident Indian consumers… 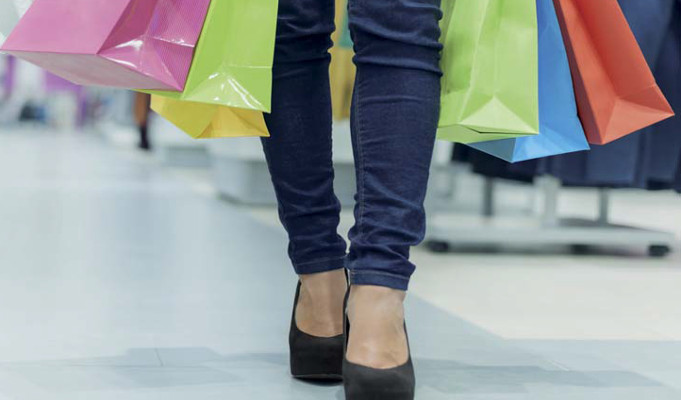 India is one of the fastest growing luxury markets in the world. The size of Indian luxury market is expected to grow from the current US $30 billion to more than $200 billion in 2030. Over the next decade, the segment is well poised to see positive growth through economic development, greater connectedness and policy reforms, all of which will offer a plethora of opportunities for luxury companies to serve young, affluent, connected and confi dent Indian consumers.

Following is a compilation of the 6 major trends for Indian luxury market over the next decade that will help luxury companies predict the segment’s future in the Indian market:

Millennials will be Key Luxury Drivers

India is home to one of the youngest populations in the world and it will continue to remain so until 2030 with average age of 31 as opposed to its Western (40 in the USA) and Eastern (42 in China) counterparts. India will add more breadwinners to the world than any other nation. This population will be reared in a more confident and open India and thus, will aspire to live a better life, splurging money on discretionary items unlike their previous generational counterparts. Looking ahead, this favorable demographics will drive strong luxury consumption growth.

This generation will want luxury to be more meaningful, to reflect their individuality and values rather than just being a status symbol.

By 2030, India is estimated to have around 370 million Gen Z consumers between the ages 10-25. For them, digital will be the ‘new norm’. They will embrace tech-driven consumption models. They will have a distinct set of values and beliefs as compared to Gen Y. This segment will redefine the rules of the luxury market. Luxury companies need to pay close attention to this group as they will be the influencers of the future. Gen Z will choose brands that are ethical, socially responsible and transparent. They will look for more brand interaction and will have greater influence of social media than traditional marketing channels while making purchase decisions.

Luxury companies should work towards development of technologies such as IOT, AI and VR to be able to provide more opportunities to new-age buyers for brand engagement.

It is predicted that middle-income households will grow from $158 million in 2018 to $300 million by 2030 (World Economic Forum, 2018). The upper middle income households will drive 47 percent of total consumption as opposed to the current 30 percent. Over the next decade, 80 percent of incremental spend will be driven by middle-income consumers. These consumers will particularly climb up the ladder and demand better products and services. Therefore, luxury companies should off er a huge variety of ‘masstige’ brands in categories such as apparel, accessories, watches, handbags and personal care products. Also, spending on entertainment, health and fitness, travel and dining out will substantially increase, which will provide immense opportunities for high-end global players to penetrate in these segments in India. For instance, a recent research by Bain PRICE estimated that dining out could well be a $400 billion opportunity in 2030.
– Luxury marketers cannot ignore middle-class consumers as they will be the growth engine of Indian luxury market

In India, internet users are expected to increase from the current 627 million to around 1.1 billion by 2030,as per the recent report by the World Economic Forum. This will produce more informed consumers who will expect brands to be more transparent. Democratisation of internet access will provide a huge opportunity for luxury brands to reach consumers in the interiors of India something which would have otherwise been a great challenge for luxury brands – tapping a dispersed and fragmented Indian market.
– In the future, e-commerce will play a major role in bringing luxury in the forefront.

As per a recent report by the World Economic Forum, India’s top 40 cities will constitute of US $1.5 trillion market by 2030. With the increase in purchasing power, urbanisation, brand awareness, brand consciousness, social media, easy access and growing aspirations, Indian consumers residing in large as well as small towns will be willing to spend more on luxury items. There will be tremendous change in consumers’ outlook and
purchasing patterns. From high-end luxury automobiles, upscale restaurants to affluent lifestyle brands, there will be ample demand coming from different segments across India.

Luxury companies looking for growth will require to reach a highly spread continuum of large and small towns.

New business models driven by technology such as rental services, subscription models, etc. will be future business models in India. As per a report by PricewaterhouseCoopers, the rental market will reach $335 billion by 2025 globally and Indian share is estimated to be around $35 billion. Young consumers believe in ‘usership’ more than ‘ownership’. They seek for experience, convenienceand variety. Therefore, more and more such users will favor sharing economy. Startups like The Clothing Rental, Flyrobe, The Stylease, Rentit Bae, etc. see huge growth potential across India for such models in future.

– With evolving consumer attitudes and high internet penetration, luxury consumption on sharing basis will be next big thing in the Indian market across categories including watches, apparel, bags and automobiles, to name a few.

As per Euromonitor Report, 77 percent of India’s populace will include Millennials and Gen Z in 2030. These young, affluent, tech-savvy and buoyant consumers will pave the way for further innovation in products, services and business models in luxury realm.

4 mergers and acquisitions that took place in 2019