Many factors are responsible for the growth of retailing in India. Currently, the consumer profiles are upgrading by themselves as they are increasingly exposed to newer means and varieties of consumption. Increase in consumption is one of the key factors that contribute to the growth of retailing in India. The sheer extension of cities and towns with the creation of new colonies and customer catchments has also triggered the need for more retail stores across the country. Where big retailers cannot penetrate, small retailers have been busy opening stores in new catchments. 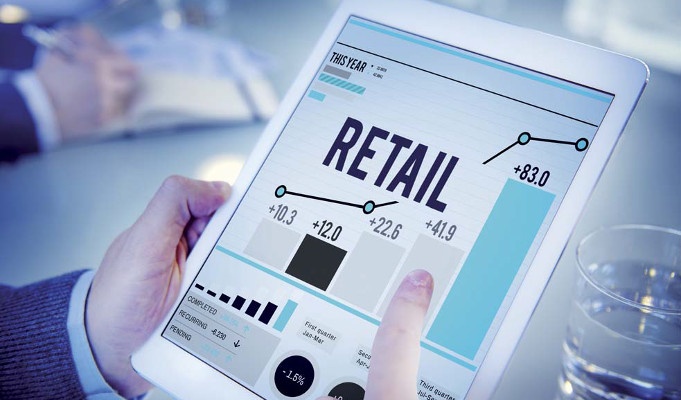 The following are some of the key factors responsible for the growth of retailing in India, which every retailer needs to understand are:

Consuming Population: The big population of India that was once consideration a big disadvantage has become a huge plus point for our economy now. The Indian economy grows because of the domestic internal consumption that is now estimated at more than 630 billion US dollars a year. The growth in population and its growing income levels are a cause for achieving greater levels of consumption in India: The middle class of India is a burgeoning segment and India’s spending middle class is estimated at more than 250 million currently.

Communication: The growth of consumption in the innermost parts of rural India is a consequence of information dissemination on various lifestyles and communication by the media. While telecom has networked the whole of India, movies and cricket have made the youth of India vibrant and brimming with energy to emulate the starts! Facebook has seen many from across India network socially with passion in their very own vernacular expressions! Communication has helped in making every consumer aware abut products and services. The media, especially every home-access television, has played a major role in augmenting consumer awareness by carrying messages and information about products and services to even the remotest rural corners of India.

Product Proliferation: Many companies have introduced new products as new organizations themselves have sprung up in India. New brands of masalas, oils and FMCG products such as soaps, toothpastes and other body care products and snack food products have been increasingly introduced in India, and these are being consumed by India’s mass population. In the last two decades, large national FMCG companies such as ITC, Godrej, Hindustan Unilever, Procter & Gamble, Colgate Palmolive, Cadbury, Britannia, Dabur, Patanjali and Haldiram’s and regional companies such as Hatsun Foods, Double Horse, Aachi Masala, Eastern Masala, CavinKare, Sakthi Masala and Lion Dates have established their products in a big way in the marketplace in their respective states. The sheer increase in the product and brand range in terms of width has been helping both consumers and retailers gain momentum in both consumption and sales respectively.

Infrastructure: The building of roads, highways and expressways along with the fast development of rail and airways network has resulted in achieving shorter supply chain cycles. The new real estate infrastructure created for retail in much location has enabled not only retailers but also brands to expand their business in India. The sheer expansion of a city or town is witnessing the creation of new shopping areas and destinations.

Around every city’s outer ring roads, we find the establishment of new shops. Consumption growth is fueled by the expansion of the retail business of itself. The future scenario may be one where the real estate building shop and store premises will collaborate with retailers to share revenues on performance rather than retailers paying a fl at rent every month. Many organisation have built efficient blast freeze cold chains that play a major role in reducing food wastage in India. Farmers and food manufacturers can access these cold storages now at minimum expenses. The Government of India has subsidized with sops the establishment of the cold storage infrastructure across India. IT and Internet Adoption: The trend and patterns are seen changing towards convenient shopping on the Internet, especially by the youth. This is evident from the new direction of business that Homeshop 18, Naaptol, Telebuy, etc. Have taken-from being a television shopping network to a completely transformed e-commerce business.

Many e-commerce sites and applications have been launched, and they are being established fast as online retail businesses. Technology developments have been enabling the growth of retailing in India. The new generation retailers use IT applications to achieve business and operating efficiencies. Investments in IT have been made very affordable even for small retailers as IT services are now offered on a monthly subscription basis by the use of cloud by service providers. Simple point-of sale (POS) application are now available for deployment at very affordable monthly subscription rates like Rs 600 per month and this is a boon for the development of small- and medium-sized retailers in India. Technology application are fast becoming a must to operate retail stores, as it has in the case of the operations of banks and ATMs, in India. Newer applications in the form of ‘apps’ enable digital marketing in a big way that amounts to cost-efficient communication through smart phones,tablets and computers.

A few e-commerce organizations are successful in India, and marketplace players such as Amazon and Flipkart are said to clinch more than 100,000 sales transactions per day while brick-and-mortar retailers are trying to spruce up their multi-channel initiatives. While brick-and mortar retailers follow a ‘wholesale’ model where goods are procured from suppliers to sell, pure play online retailers follow the ‘agency’ or marketplace model. This model works with hordes of agents putting up their merchandise on commonly agreed terms on commission to the e-retailers, and sales delivery and fulfillment is done directly from the agent’s end on behalf of the retailer. This has proved to be a successful model that works. Multichannel sales may work to rake in maximum number of transactions per day to the brick-and-mortar retailer. In the scenario of small and medium retailer, direct-to-home delivery can be an additional sales channel.