E-commerce giant Amazon on Monday sought to allay concerns over any slowdown in demand, saying it sees no “signs of anxiety” from sellers and brands that are lining up new products for the festive season ahead. 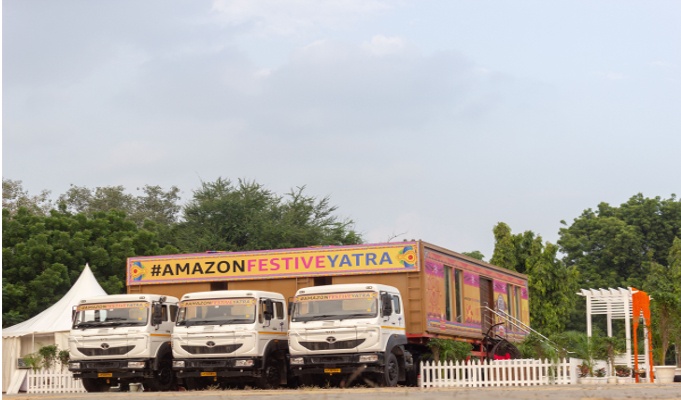 According to a PTI report: Amazon.in, which will host its festive sale from September 29-October 4, expects about 70 percent of its customers to come from smaller cities and towns.

“We have 500,000 sellers. The rate of new sellers joining is strong, we have grown from 350,000 to 500,000 over the last 12 months and more importantly, selection has also gone up…We don’t see any signs of anxiety,” Manish Tiwary, Vice President – Category Management, Amazon India told PTI.

He added that brands like Samsung, Xiaomi and OnePlus, large appliance manufacturer like Bosch as well television makers will launch their products on its platform.

“You wouldn’t do that if there was a slowdown. Starting from weavers to larger sellers, we see no signs of doubt in their minds. With speed, affordability and selection, this Diwali promises to be a far bigger one for us,” he further told PTI, adding that Amazon has seen Prime membership double on the customer side.

India’s GDP growth decreased for the fifth consecutive quarter in April-June 2019 to 5 percent, the lowest in six years. This was on the back of faltering domestic demand, with both private consumption and investment proving lackluster.

The Government has taken a number of measures to stimulate the economy, including support for automobile sector, reduction in capital gains tax, and additional liquidity support for shadow banks.

Talking about the sale, Gopal Pillai, Vice President (Seller Services) at Amazon India said customers will get to see the unique selection from various states offered by small businesses and emerging brands — right from Phulkari to Gond Art and Pithora paintings.

Amazon.in has expanded fulfilment footprint with more than 50 fulfilment centres (warehouses) in 13 states offering a storage capacity of over 20 million cubic feet.

Pillai said about 800,000 artisans and weavers are represented on the platform through 2,400 sellers, including many state corporations.

“We have about 50,000 sellers who are part of our global seller programme. They not only participate in festive sale in India, but also in Black Friday and Cyber Monday sales in other parts of the world,” he told PTI.

E-commerce companies, which see a large chunk of their sales during the festive season, start preparing for festive sales months in advance — ramping up logistics and hiring thousands of temporary workers to ensure timely delivery of products.

Rival Flipkart had announced that it will host its flagship event ‘The Big Billion Days’ from September 29 to October 4.

Flipkart, Amazon among e-commerce players asked to indicate country of origin on products