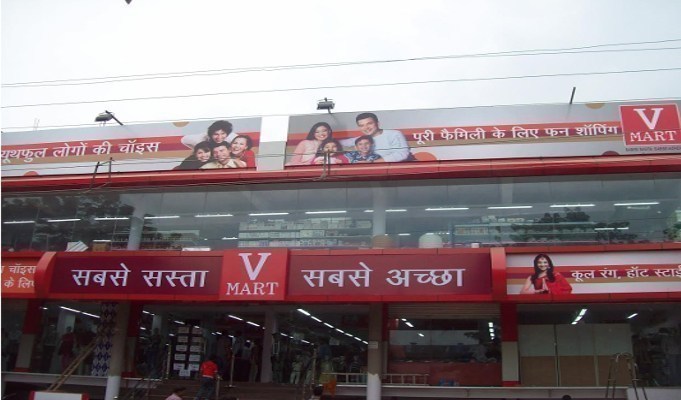 According to a PTI report: The retailer, which mainly operates in tier-II and III cities, plans to add around 60 stores this fiscal, taking its total count to 275.

The company also expects the contribution of its private labels to increase to around 75 percent of total sales, from 70 percent currently.

“We have plans to add 60 stores this year (fiscal) in our network, taking the total count to 275,” Lalit Agarwal, Chairman and Managing Director, V-Mart Retail told PTI.

“We would hire around 2,000 people this fiscal to enhance our back-end support and manpower,” he said, adding that the company presently has 7,000 employees.

“We would be investing around Rs 1.5 crore per store (on average) and additionally invest around Rs 25 crore in warehouses and training of staff etc,” he further told PTI. “The investment would primarily come from internal accruals and some from debts from financial institutions.”

“Consumption levels are much higher in the markets we operate in. These markets are under-served. We will continue to go deeper and focus on tier II, III and IV towns as we expand and we will also keep on adding new states,” he added.

The company is also working on an omni-channel retail strategy by integrating offline stores with its online e-commerce portal.

“We have piloted it in some of the stores and would soon implement it pan India by the end of this fiscal,” he told PTI.

V-Mart, which opened its first store in 2004 in Ahmedabad, Gujarat, now has presence in 18 states.

Future Forecast: Retail industry expects growth in second half of 2020