After undergoing a three-year redevelopment, Funan is set to make its highly-anticipated return on June 28, 2019. Poised to become an inviting and energetic heart of Singapore’s Civic District, Funan aims to inspire play, learning, creativity and connection with more than 180 brands clustered round six passion themes – tech, craft, play, fit, chic, and taste. Of these, around 30 percent are new-to-market brands, new concept stores or flagships. Reinforcing Funan’s position as a showcase for local talents, more than 60 percent of the brands originate from Singapore. More than 30 percent of Funan’s brands are new to CapitaLand’s portfolio. 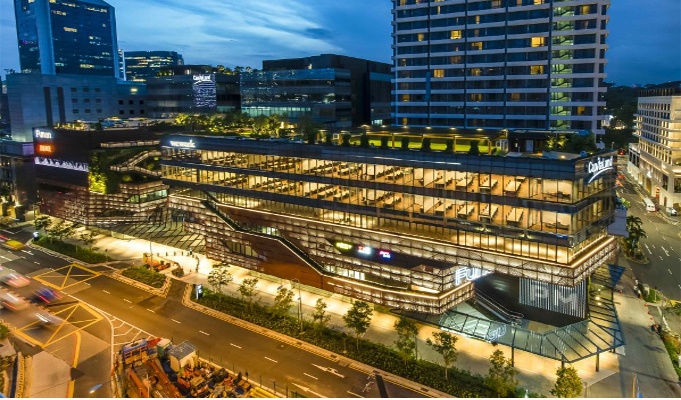 Chris Chong, Managing Director, Retail, CapitaLand Singapore, said: “Shaped by its unique location in a new-gen live-work-play hub, Funan brings together experiential and activity-based retail at a scale not seen before in Singapore’s Civic District, while providing a collaborative platform for retailers to share their brand stories. With a dedicated Community Manager, Funan goes beyond a singular focus on achieving a certain retail mix to curate community experiences that consumers are passionate about, as it seeks to build social connections and networks beyond the transactional.”

“As CapitaLand’s interpretation of retail reimagined, we are heartened that Funan’s passion-led retail model has received support from our long-time retail partners and those new to a mall setting. What is even more exciting is that many of our partners have joined CapitaLand in innovating within their respective fields to offer something new at Funan. Funan’s opening will relaunch the mall as a social space where people spend their time experiencing, discovering and shopping.”

To celebrate its Southeast Asia’s flagship store at Funan, Brompton Junction will launch a Lion City special edition – available only at Funan.

Tony Tan, CEO of CapitaLand Mall Trust Management Limited, said: “We are pleased that Funan is opening in end June, two months ahead of its original schedule. To date, Funan has achieved about 92 percent in commitment for its retail leasing and we expect more leases to be signed in the coming months. The robust demand for Funan’s retail space comes on the back of a strong pre-leasing commitment of 98 percent for its twin office blocks. With a clear focus on offering differentiated experiences and connections that are not replicable online, Funan aims to anchor and grow its own community of followers who will keep returning. This innovative approach in curating a mall will augur well in creating sustained value for our unitholders over the long term.”

Moviegoers will be thrilled to experience Golden Village’s latest seven-screen multiplex in Funan, which will feature two new seating concepts – Deluxe Plus and Gold Class Express. Golden Village Funan will also feature Virtual Reality pods in its foyer, showcasing popular games and cinematic content for customers. For fans of the performing arts, local theatre group Wild Rice will also raise the curtains at its state-of-the-art theatre and studio in Funan.

FairPrice Finest will introduce the latest version of its digital shopping experience at Funan, where customers can easily shop and pay through their phones. Kopitiam will launch its latest concept KOPItech, setting a new standard for food court dining in Singapore – where patrons can place their orders via one of the 17 self-service kiosks or through the Facebook messaging app. Singapore’s True Group will also launch its flagship TFX fitness centre in Funan, the company’s only fitness centre in Singapore which has a swimming pool and outdoor deck, along with cutting-edge smart training systems.

A home for local talents

Coffee aficionados will be spoilt for choice at Funan. Specialty coffee roaster Papa Palheta, the group behind Chye Seng Huat Hardware, will be launching Singapore’s first employee-store, PPP Coffee. Sinpopo Brand will open its first Sinpopo Coffee concept in Funan. While shopping for furniture and home décor, customers can also unwind over a cuppa in designer store Grafunkt’s first bistro.

Foodies can enjoy the farm-to-table concept right in Funan, thanks to an Urban Farm on Level 7. Operated by Edible Garden City, farmers will work with chefs to curate, grow and harvest pesticide-free produce, supplying the produce straight to restaurants in Funan. Singapore’s Spa Esprit will launch its first Japanese restaurant, Noka, situated next to the Urban Farm. Visitors can also enjoy new dining concepts such as godmama’s modern Peranakan cuisine paired with a special menu of Peranakan-inspired cocktails.

Coretailing at Tree of Life

Housing 20 retail pods, Funan’s Tree of Life is the centrepiece of the development and the heart of its coretailing concept, where new retail pop-ups will be launched regularly to give shoppers new experiences. Brands showcasing at the Tree of Life include chic tenants Carrie K. and Another Sole, as well as tech tenants Atlas Experience and audio-technica. Also setting up in one of the retail pods is Tech360.tv, which will film ‘live’ first-look gadget reviews, allowing shoppers the chance to go behind-the-scenes during the production of tech product reviews. This is the first tech media studio in a mall.

Hobbyists who have built up a community online can also host their own workshops in Funan. There will be a dedicated pod for individuals to book and curate their own pop-up – be it floral arrangement workshops or calligraphy classes. Tenants may also book the pod to host their community engagement programmes.

Extending from the base of the Tree of Life at Basement 2 to Level 1 is Climb Central, which is operating the highest climbing facility in the Civic District.

A fixture at pop-up events around Singapore, popular food truck The Travelling C.O.W has committed to a long-term parking space at Funan, taking one of the two Volkswagen Kombi vans at Level 2 of the Tree of Life. Hailing from Taiwan, much raved about bubble tea chain Milksha will occupy the second Kombi food van.

Long-time fans of Funan can look forward to the return of tech retailer AddOn Systems which will operate Singapore’s Lenovo Flagship Store, while esports enthusiasts will celebrate the return of GamePro Shop, which will organise esports tournaments.

Courts is returning to Funan bigger and better, opening its first uniquely IoT store, featuring simulated smart home concepts where consumers can visualise their dream home fully connected. For photography enthusiasts, in addition to returning tenants Alan Photo and T K Foto, they can also keep an eye out for the first DJI store in Singapore, which retails drones and accessories.

Well-loved homegrown eateries Ya Kun Kaya Toast, Qi Ji and Old Chang Kee will also be staging their return; with Qi Ji marking its 16th outlet islandwide since its first stall in Funan Centre back in the 1990s.