The Indian warehousing industry, which is estimated to be approximately Rs 56000 crore, refers to the storage and safeguarding of retail goods until they are dispatched to end consumers.

A few decades ago, what we now call warehouses, used to be decaying buildings called godowns. Any empty space surrounded by walls and a roof overhead which would be transformed into godowns, just for the sake of storing goods, without spending much on its maintenance or modernisation.

The industry has come a long way from old-style storage units. Large distribution centres and warehouses have become integral to the supply chain and sale of merchandise to customers. They are the backbone of the manufacturing industry as well as the growing e-commerce industry. However, what needs to be understood is that there is much more to designing a warehouse than simply choosing the best site.

Warehousing in India is a fast-evolving sector, with both the nature of the business and technology driving it, apart from undergoing dynamic changes. 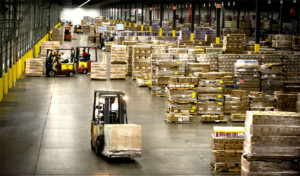 With India budding as an economy, warehousing systems and logistics are key elements that play a major role in generating smooth trade activities in and around the retail and manufacturing sectors. Storing goods in a way that they are available at a moment’s notice to buyers at every stage of the retail process is the ask of the day and this is what warehousing needs to enable. They should also be able to store good which are only produced in a particular season, but in demand all year round. Warehousing needs to facilitate production and distribution on a large scale.

At the Indian Retail Forum 2017, held on September 19 and 20, 2017 in Mumbai, experts from the warehousing sector in retail met to debate its modern aspects basis latest technology, infrastructure apart from discussing many other benefits. They also talked about how the implementation of GST as well as a centralized warehousing system would ease things for the industry.

The Roundtable Session was Powered by Philips 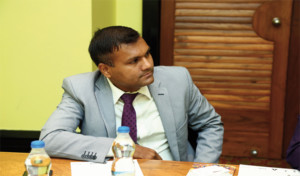 Vineet Kanaujia, Vice President (Marketing), SafeXpress, kickstarted the debate by emphasizing on the modern consumers’ demands and the innovations done by warehouses to fulfill them in real time.

“Warehousing is very important and relevant right now. By 2022, the warehousing industry is expected to grow from 6 percent to double-digits. Since GST has been implemented, more and more companies will change their working models. The focus will be on creating more centralized warehouses. The first thing that needs to be done is investment in latest infrastructure – infrastructure which is futuristic in approach. Creating warehouses which are operational 24X7, have organized docking areas, driver resting areas for 24 hours delivery services, working Sundays and holidays, apart from other small but necessary items is the need of the hour. For us, Artificial Intelligence is the next level of growth,” said Kanaujia.

“So far, we have created 32 logistics parks in Hyderabad, a Rs 1.4 crore facility in Manesar – with 24X7 facilities – and we look forward to creating more such hubs. We genuinely believe that Tier III & IV towns will be the areas of growth in as far as warehouses are concerned. So, we are focusing building futuristic warehouses in smaller towns like Siliguri and Coimbatore as well,” he added. 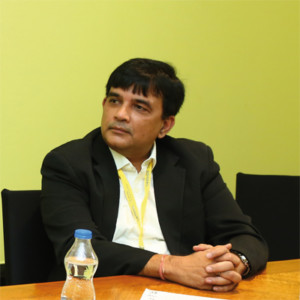 “We have a network of around 5 million sq. ft. Our facilities are GST-ready. In cities, we have created 1.5 million sq. ft. space of warehousing space for GST ready consolidation. We already have 8 to 10-meter clear height warehouses, and now we are constructing 14-meter clear height buildings. We are utilizing space vertically now. We work towards great infrastructure, employee comfort and ushering in the latest technology,” he said.

“To counter this, we have linked labour working activity with WNS (consolidated suite of comprehensive, next-generation technology solutions – including voice directed warehouses and auto sortation – for managing complex business processes) and now we get the data automatically, which is easier to analyze and make further strategies.  Interfacing or transparency with the supplier is another key aspect. We have an electronic data interface and the supplier has clear visibility of what is finishing in a store, which orders are pending, what’s in the warehouse and accordingly he can take action. These technological aspects have helped us in reducing warehousing costs by at least 35 percent,” he further stated. 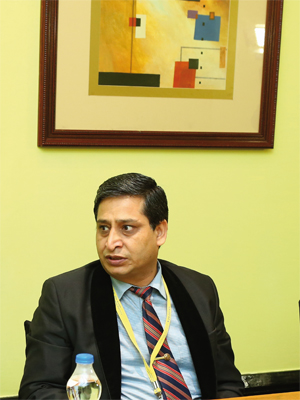 Suresh Chugh- Head Logistics Raymond Apparel Ltd., added to this saying, “Apart from the basic infrastructure and implementing basics like CCTVs, and fire alarms, we can successfully optimize operations by utilizing minimum space and also keeping costs under control. The pressure is huge on warehouses. Goods can be delayed in the production unit for months, but in warehouses, you can’t delay it for even a day. We have currently four warehouses, one in each zone. We are now GST-ready and are making sure all our warehouses are too, so that we are 10 years ahead of time.”. 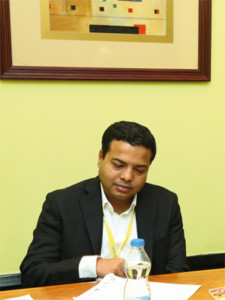 “We have different strategies for different formats. Unlike most companies, we operate from a single warehouse. The challenge for us always has been leave time, that is time and distance from the warehouse to stores. We are trying to optimize current transport routes. We are also trying to work in automation into our warehouses, although compared to labour in India, automation is not very cost-effective,” he said.

“We are also trying to optimize volume / space in our warehouses. One the ways is by following the international trend of utilising space vertically. It is always helpful to have partners like a TESCO and Zara, as knowledge from them helps in implementing new trends faster,” Solkar added. 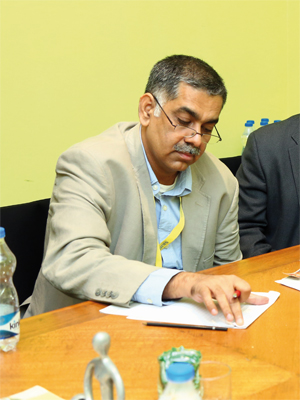 “Consumers in India have gone Omnichannel much before retailers. Today’s evolving consumer is impatient, and he wants convenience. Thanks to increasing consumer expectation, the supply chain is under continuous pressure to deliver. To serve this discerning consumer seamlessly, we need to make sure infrastructure, technology, and the supply chain work together, flawlessly,” he said.

He also added that he thought there could be common warehouses for various companies – helping to bring costs down for everyone.

“Instead of discovering of our own ways, if everybody journeys together we can put together massive infrastructure, which can be supported by the best of technology. This is something that will be beneficial for all in the retail industry,” he stated. 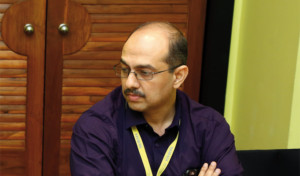 Sunit Mukherjee – Head CS&L, Mondolez, talked about the multi-user facility of the warehousing industry, saying, “With GST coming in, we are trying to get into multi-user facility. With this we are not just only looking at warehousing costs, but total delivering costs as well. We have to look at efficient ways of transporting goods. Another thing which we are looking into is multi-packing and customization centres for customers to scale up quality.”

The Next Phase of Innovation

Shrikant Phanse of Philips Lighting talked of the new technology which his company is bringing into the warehousing industry.

“Philips lighting has become one of the most meticulous parts of the warehouse industry due to its tangible as well intangible benefits, which helps control cost. We talk of huge G plus5, G plus7 warehouses, which definitely require efficient lighting. Lighting needs to be comfortable for workers, they need to create an ambience for skilled workers to do their work efficiently and quickly,” he said. 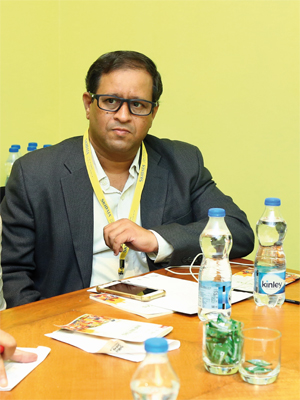 When the other members of the panel enquired about how much energy saving is possible with Philips Lighting, Phanse explained, “The usual lights which we used earlier in warehouses are conventional ones. Now, we have diverse Led lighting. This reduces the electricity bill straightway by 50 percent. Further if we use connected lighting and controls for them, we can save an additional 20 percent at the very least. So, companies can straightaway save between 65-70 percent on their electricity bills.”

Supporting Phanse’s idea of saving electricity, Kannaujia said, “Ten years ago, we created Go Green facilities. The warehouses we made were pillarless structures, covered with a solar roof. This helped trap light, which in turn illuminated the warehouses till 7pm every day, saving on electricity bills enormously.”

He added that going green was in tandem with their idea of futuristic warehouses. “We had special green zones where trees were planted to create a positive work environment.” 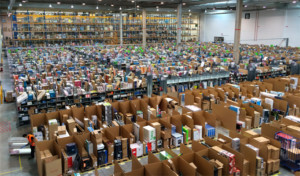 Apart from these ideas, other revolutionary methods include the conversion of warehouses into logistic parks over the last seven to eight years, which are further being positioned as warehouses-cum-trans-shipment houses. The idea is to make warehouses sustainable and very technology centric.

On being asked about the future of the industry along with the focus would be in coming three to five coming years,

Pabaru concluded the discussion saying, “Along with infrastructure, technology, people, IOT, Big Data, the idea is to create the right eco-system for the warehouse. With the increase in e-commerce and evolving consumer demands, the only question that warehouses now need to answer is: how ‘fast can meet demands.”