Character and entertainment licensing is one of the largest segments of the licensing business, and is probably the part most recognized by the general public. This category of licensing encompasses properties springing primarily from feature films, television shows, video games and online entertainment.

For brands, it aids in enhancing the image of a product line and generate interest in it due to its association with a character. It has also proven to be a powerful instrument for growth, as it helps tapping into new geographic markets and new market categories thereby increasing revenue and profit.

“Whether it’s Mowgli for a child or Charlie Brown for a grown-up, it is a character one identifies with, and through licensing, we have successfully combined the individualities of these characters to give our valued customers products that not only spell functionality and quality but also something that they can flaunt as a personal style statement,” says Director, Mustang Socks and Accessories, Lubeina Shahpurwala.

The concept of character licensing in India, although not in its nascent stages, is not as widely evolved as it has in the US and Europe. 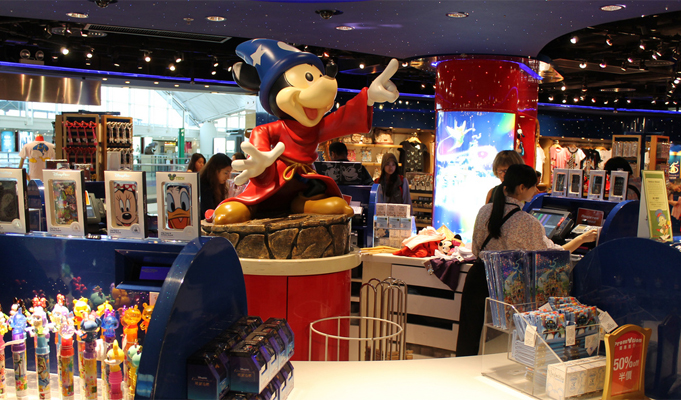 VP and Head – Consumer Products, Disney India, Abhishek Maheshwari says globally, licensing and merchandising (L&M) is a sizeable business. “The Walt Disney Company is the largest character licensor in the world with US $45 billion in character merchandising retail sales in 2013. India’s L&M industry is still in a nascent stage but the segment is poised to grow significantly in the coming years, especially as the nation is home to one of the largest population of children in the world.”

“We started the business unit in 2005, and since then have expanded our categories to the existing six right now, which include toys, fashion, stationery, home solutions, publishing and food health and beauty,” he adds.

“The characters are brands that capture the imagination of the target group of customers. The quick recognition and affinity provides a ready platform for monetization,” says Independent Brand Consultant, Brandz Café, Nanette D’Sa.

The International Licensing Industry Merchandisers’ Association claims that globally, the largest portion of the entertainment and character licensing business is aimed at children through a broad range of merchandise categories such as toys, apparel, publishing, food and beverages, videogames and electronics, among many others. In fact, the whole idea of character merchandising sprang from Walt Disney Studios, which created a separate department to license the rights to use its popular toon characters such as Mickey Mouse, Minnie and Donald on various consumer products. Today, industry veterans swear by the importance of licensing in kidswear.

“Kids’ category licensing has grown over the last few years and now brand licensing has become the key driver for a lot of products and we can clearly see the impact in product awareness and sales,” says COO and Executive Director, Green Gold Licensing and Merchandising (I) Pvt. Ltd, Samir Jain.

Along with the evolution of the market in India, an inevitable change in trends has also been witnessed. Till two to three years back it was only international characters that were in prominence but now, Indian characters seem to top the popularity charts.

Currently, Motu-Patlu is the number-one in licensing, followed by Ben 10 and Chhota Bheem, which has pushed Green Gold Animation’s brand value to Rs 300 crore plus in a short span of time. Green Gold, that set up its licensing and merchandising division in 2008 witnessed a massive year-on-year growth rate of about 200 per cent.

A plethora of licensed brands like Arvind Mills, Reliance brands and Madura have entered into licensing/ joint venture model.

“The fact that many of these brands have been dubbed in regional languages across India adds to the level of relevance for a larger diaspora of the society. We have had a tremendous success rate with regards to selling licensed merchandise, which is one of the reasons why we have opted for multiple licensing,” says Lubeina Shahpurwala. Even retail chains like H&M, Target in the West do round the year entertainment licensing tie-ups with brands to improve visibility. Considering the exceptional reach of these characters, licensing has also been instrumental in communicating social and health messages among masses.

Angry Birds has been an aberration, being built out of the digital games world.

Meanwhile, there is a thrust on franchise building with Disney via the Marvel and Star Wars franchises and Warner Bros with the DC franchise.

Sports are seeing a huge surge in interest on football, soccer and more, which is translating into business on the licensing side. Brands like FIFA, Real Madrid, Barcelona FC are all available via licensing in India.

Celebrity licensing is also seeing a big growth with Being Human, Wrogn and a host of other extensions via sports and movie stars.

“What is encouraging is that, today we have more businesses than ever by participating in the licensing business in India. So both established brands as well as emerging brands are leveraging licensing to grow their business, extend their product footprint, become available on more retail platforms, collaborate on marketing and increase their bottom lines – all basis licensing,” says Founder and CEO, Dream Theatre, Jiggy George.

“Co-branding brings in credibility. It subtly plays on the minds of the consumers,” believes Subita Chaddha. It not only brings in awareness proportionate to the appeal of the brand thereby increasing the chances of sale, it also helps create a demand and works as a great pull mechanism.

Compared to organized retail which is process driven and brand conscious, the unorganized retail thrives on piracy, spurious products with inferior quality, which not only dents a brand but also becomes hazardous at times.

“We, as brand custodians of Chhota Bheem, have been doing anti-piracy drives across the country and at the same time have been trying to educate consumers on the importance of using original company approved products. It’s a long fight and it will require larger collaborations to nail in the importance of intellectual property rights,” states Samir Jain.

“We have had a lot of success in clamping down in the organized space, but we see a huge challenge in both unorganized and the online space which needs concrete steps. What’s encouraging is that we have seen a genuine demand for licensed products and our portfolio has profited from making the right mix of products, pricing and ease of availability. We work with licensees very closely to ensure that what we have on trend designs should address the sensibilities of the Indian market to stay a step ahead of the pirated market,” says Jiggy George.

Where ever there is a demand-supply chain deficit, piracy is bound to exist and this applies to the licensing industry also. “AI Licensing would probably be the only licensing agency in India which has a full time legal resource on board. This helps us in solving issues real time. While it is not possible to completely eradicate piracy, we are happy to say that in the last quarter we had a 53 per cent success ratio,” adds Subita Chaddha.

The major season in India starts with back to school and witnesses a complete new range of products and designs in all these categories inspired from the international color palette, premium looks, and priced reasonably across segments. 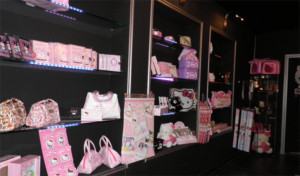 “Our first such offering will be a complete table ware range for kids branded with Doraemon. Considering demonetization and the current economic scenario, our focus area is to help our licensees sell and we are taking many diverse steps in this direction. We are very happy to be working with some of the best brands across the globe including Doraemon, Shinchan, Archie Comics, Garfield, Hallmark Design Collection, Albert Einstein, Withit Studios, Happily Unmarried and Cut the Rope to name a few,” says Subita Chaddha.

“In 2016, our most popular licensed products were Jungle Book (especially the movie), Winx, and Motu Patlu. Going forward, we look to continue to understand the pulse of our consumers, the characters that attract them, and acquire the licenses for the same,” Lubeina Shahpurwala.

According to Nanette D’Sa, the chief categories will be apparel and accessories, back to school, toys and activities and of course consumer promotions.

“We have seen demand of licensing in food, education and toys categories. The year 2017 will sees us focusing on new exciting content for television in India and a few markets around the globe, developing exciting merchandise especially in apparels, toys and games and release the fourth movie of Chhota Bheem titled Chhota Bheem Kungfu Dhamaka in 3D,” says Samir Jain.

According to Jiggy George, 2016 saw a great surge in sports and entertainment brands, especially brands like Pokémon, Angry Birds, Simpsons, and Kung Fu Panda saw a great deal of traction.

“On sports, we stay focused on football and there will be multiple category launches with Real Madrid apparel and new acquisitions. On the fashion side, the Femina licensing program with Shoppers Stop will continue with new brand tie-ups like Smiley and Von Dutch. In the entertainment space we will be speaking to masses via brands like Angry Birds, Pokémon, Simpsons, and Hello Kitty among others. We are planning to go global this year with our tie-up with ChuChu TV and will be launching ChuChu Tv’s licensing programme internationally,” says Jiggy George. 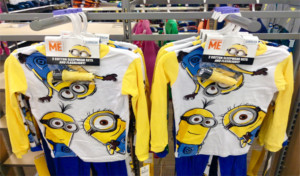 Minions as a character has seen massive growth in popularity over last year and continues to attract major interest from buyers, retailers and consumers. “There will be more than 15 categories in kids’ space which will be active with Minions this summer and with the movie release in June, consumers will see a lot of this character in the market in 2017,” concludes Founder and CEO, Black White Orange Brands Pvt. Ltd, Bhavik Vora.