Once bustling with customers, malls now appear relatively forlorn with outlets having few customers due to cash squeeze. The Modi Government’s decision to demonetize Rs 500 and Rs 1,000 currency notes has badly impacted the retail sector. However, mall bosses believe that within a few weeks they will be able to regain the sale volumes. 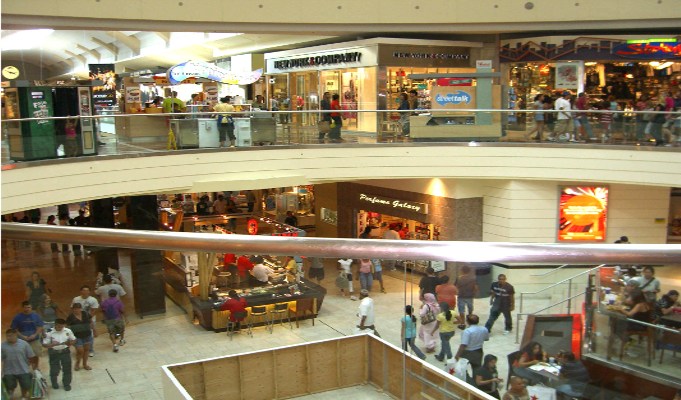 “The decision will definitely have an impact on the retail sector as the number of transactions executed in cash is high compared to plastic money. As an immediate result we saw an instant slide in the footfall which eventually resulted in low sales. Though we saw an increase in the number of plastic transactions,” revealed Executive Vice President and Head, DLF Retail Malls, Pushpa Bector.

The aftermath of withdrawing high-end currency note has given mall-hopping a break as no stores are accepting Rs 500 and Rs 1,000 currency notes.

“Impact of demonetization is evident on malls and the nature of its target group and catchment. Malls that attract a certain set of consumers who are used to making credit card purchases have not been impacted adversely, whilst those malls in Tier II and Tier III cities where cash transactions are larger have seen a drop in footfalls,” said spokesperson, VR Bengaluru.

Despite the setback, mall stalwarts are taking their time to analyse the situation before they take any further decisions.

“As far as footfalls is concerned, they have definitely been hit in the past few days but it is too early to judge yet. You cannot make out whether it is really the impact of policy executed or whether it is only a panic situation during the initial days. However, malls have witnessed a dip of 20-25 per cent in the footfall,” said CEO, Malls at Runwal Group, Amaan Fakih.

Pinning All Hopes on The Weekend

To lure customers back to malls over the weekend complete with all charm and glitter after the currency crisis, mall owners are offering attractive gifts and prizes.

“VR Bengaluru has a FoodBox card which can be topped up using a debit or credit card for cashless transactions across 15 different QSRs in its food court. In addition to this, we have has also tied up with a parking optimisation company called DIVRT to help identify parking spaces and make cashless payment for parking by downloading their app,” the VR Bengaluru spokesperson told Indiaretailing Bureau.

Similarly Executive Director, Inorbit Malls, Rajneesh Mahajan said, “At Inorbit, we have announced Free Parking for our shoppers from November 11 – November 13 as an initiative towards cash crisis.”

However, once the procedure is clear and operational, malls are expecting smooth functioning and better purchasing power. They also believe that this a nascent stage to predict or expect a slump, as they have already started witnessing an increase in use of plastic money.

Bector said, “The slide in footfall was 20 per cent on day one. It may cause little inconvenience initially, however, normalcy will prevail soon as we have seen an increase in use of credit and debit card payments over the last few days.”

Reflecting the same views, Mahajan said, “The impact of demonetization is a short term however this move by the Government is positive and will create transparency in the system and will boost electronic transactions. We at Inorbit have seen 8 to 10 per cent dip in the footfall in the last few days. Our Multiplex and F&B business has not been impacted but overall there is a 10-15 per cent dip in shopping.”

He further added, “We expect the retail sector will be back on track once the banking arrangement gears up to infuse liquidity in the system. We do not expect a huge impact on quarterly earnings in consumption due to this move.”

Covid-19: The effect on the shopping centre industry & what it’s doing to curb the impact