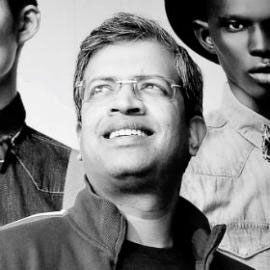 Jabong’s former CEO & Managing Director, Sanjeev Mohanty, has joined Levi Strauss & Co. as Managing Director of the firm’s South Asia operations. Mohanty joined Jabong as CEO and MD in December 2015, in a bid to turn around the struggling firm.

Prior to joining Jabong, Mohanty served as Managing Director of Benetton India Pvt Ltd, he managed three Italian fashion retail brands — Benetton, Sisley and Undercolors — in India. Within the Benetton group, he was the youngest business head ever when he took over the mantle of leadership of the India Business Unit. Before assuming responsibilities as the MD, Mohanty had an impactful one-year term as Director – Sales & Marketing (India, ASEAN & Australia), Benetton India Pvt Ltd.

Mohanty started his career in 1997 as Merchandising Manager at Jay Gee Apparel and since then has gathered close to 18 years of experience as a retail strategist. As recognisable and respected as the brand he heads, Mohanty helped Benetton’s India business unit grow from USD 8 million to USD 300 million in just seven-and-a half years.

Aside from impressive numbers, under his strategic vision and direction, United Colors of Benetton India was also listed as one of the Top 50 firms to work for in the Retail sector consecutively for three years — 2012, 2013 and 2014.

Describing himself as a ‘participative’ leader who believes in investing in people, his skills in team building and brand management also earned him the distinction of being awarded the title of ‘Most Admired Brand Professional of the Year’ at the IMAGES Fashion Awards in 2007.

Referring to his vision of leadership, Mohanty in an earlier interview with Indiaretailing said,”Leaders simplify the most complex goals, inspire highly talented teams, create ownership and have clarity of vision.”

An in-demand speaker at international fashion conventions, Mohanty was one of the speakers at the IAF World Apparel Convention 2012 in Portugal, where he spoke about market developments in major fashion markets, branding and cross channeling in Fashion Retail and Consumer Behavior Session. He was also a speaker at the World Retail Congress Asia Pacific 2014 in Singapore, where he spoke on the future of retail in Asia, becoming a popular multi-channel retailer: Exceeding customer expectations. He is also a member of the World Retail Congress Asia Pacific Advisory Board as well as the prestigious global organization – YPO (Young Presidents’ Organization).

Mohanty is a Post Graduate in Apparel Marketing and Merchandising from National Institute of Fashion Technology, India.