Premier hairstyling salon BBLUNT opened its ninth salon in Malad (W) Mumbai, recently. This is the 18th BBLUNT salon in India and going forward they have further expansion plans.

Speaking at the launch, Founder and Creative Director of BBLUNT, Adhuna Bhabani, said, “I’m thrilled that we’re onto our 9th BBLUNT salon in Mumbai; making it 18 across the country and we’re only just getting started on our plans for expansion. Malad, being a prime suburban hub, had been on the cards for a while. I hope that this launch will make BBLUNT accessible to everyone who struggled to make their way into our next closest one in the suburbs.” 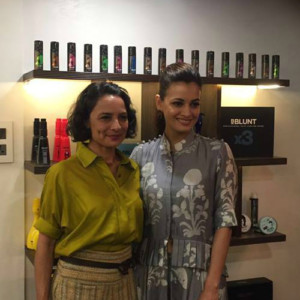 This ninth store was unveiled by actress Dia Mirza who said, “My heartiest congratulations to Adhuna (Bhabani) and the BBLUNT team on the launch of 9th salon in Mumbai. I share a special bond with the two power women, Adhuna and Avan (Contractor)who are also responsible for some of the best young talent the industry sees today. They are always ahead of the trend.”

Mergers & Acquisitions: Consolidation for growth in the beauty space