The reach of the Freecharge app grew from 17 per cent to 30 per cent in the period October 2015 to April 2016, as per a study by Nielsen, making it the fastest growing digital payments app in India. This is the highest growth in app usage for any payments app in the country. 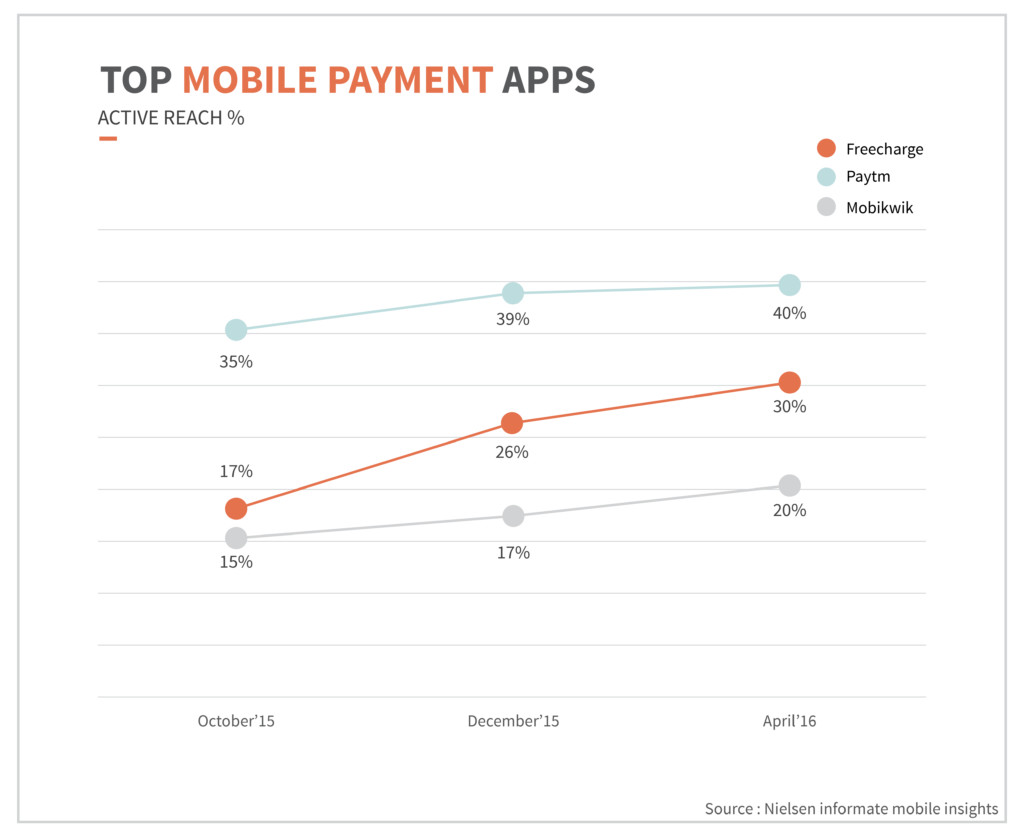 Freecharge also emerged as the most engaging app in the category with the average time spent on the app per month increasing from 28 Minutes to 55 Minutes in the period October 2015 – April 2016, said the data from Nielsen Informate Smartphone Panel.

The other large player in the segment like Mobikwik, Paytm, among others, grew incrementally from 52 min to 56 min in the same time period and has seen usage time starting to decline since December 2015, added the study. 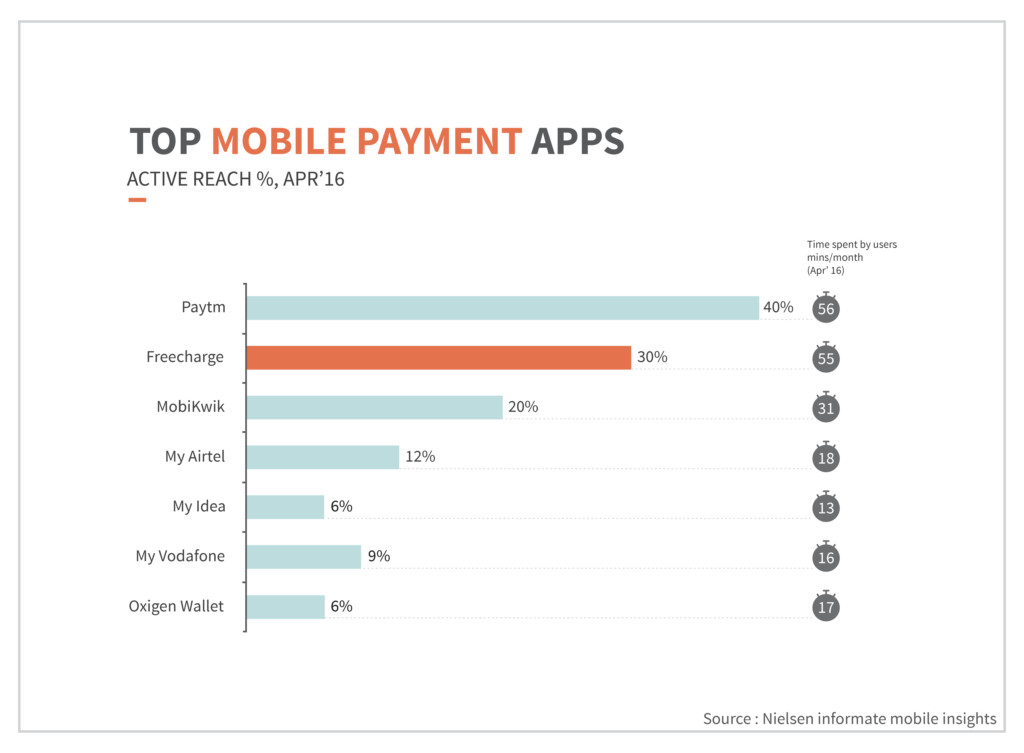 “The transactions on Freecharge take less than 10 seconds and our success rate demonstrates the level of product reliability and trust among consumers. We are confident about growing even faster and we are now within striking distance of the No 1 spot in the payments ecosystem, ” CEO, Freecharge, Govind Rajan said. 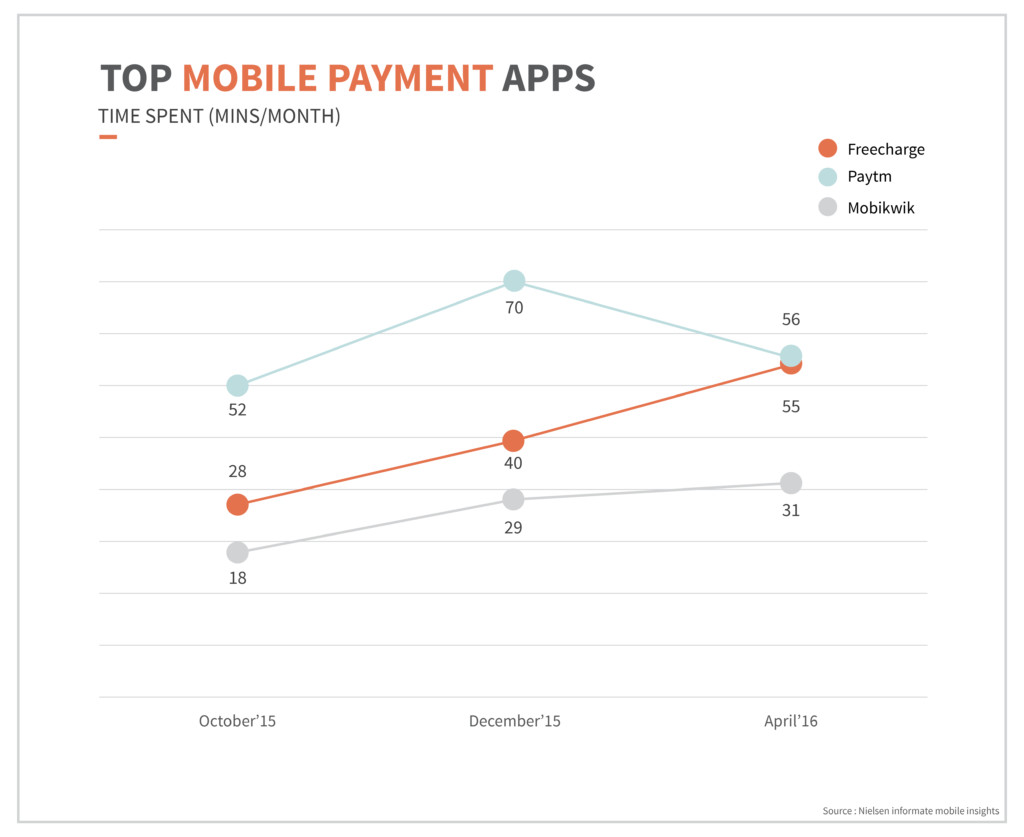 The Nielsen Informate mobile insights are gathered through a smartphone panel which captures the actual app usage data of the users on a daily basis.

Lockdown: Nielsen slashes FMCG growth forecast by half to 5-6 pc for 2020