Inspite of the Consumer Price Index (CPI) hovering around a modest rate of 3.6 to 5.4 per cent , and the Wholesale Price Index (WPI) staying in the negative, prices of grocery staples and fresh produce touched prohibitive highs for most part of 2015. 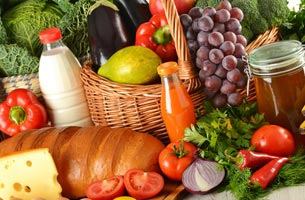 Interesingly, the Wholesale Price Index (WPI) based inflation in fact stayed in the negative zone for the entire year, meaning the wholesale prices actually fell and there was no inflation at all. While WPI inflation entered the negative zone in November 2014, it touched minus 3.8 per cent in October 2015.

“During 2016, prices are likely to stabilise as industries continue to operate below full capacity. With industrial prices no longer falling, WPI inflation is likely to rise to positive territory while CPI inflation will likely remain in a band of 5-5.5 per cent,” CII Director General Chandrajit Banerjee told PTI.

“RBI’s target of 6 per cent by January 2016 will be easily met. In fact, inflation is likely to moderate from current levels as measures are taken to moderate the prices of pulses which had shot up on account of deficient rains,” he added.

Industry body FICCI said India has been experiencing a phase of ‘disinflation’ given the plunge in crude oil prices and prices of other commodities and raw material and this trend is expected to continue over the near term.

“At the same time, increase has been noted in prices of agricultural commodities like pulses, edible oil, for which the government is taking appropriate action. Thus, inflation in near term is likely to remain within the RBI target,” FICCI said in a statement.

According to an RBI expert group, global commodity prices continue to impart some disinflationary momentum, but there are some upside risks to inflation from internal factors such as negative monsoon shocks, binding supply side constraints, government consumption shocks due to Seventh Pay Commission Award.

Both FICCI and CII have suggested the government address the supply chain bottlenecks by beefing up the post-harvest handling and distribution infrastructure and making Public Distribution System (PDS) efficient.

A mixed platter for REBEL Foods