If there is one market segment that is clearly marked by the dominion of global brands in India – it’s active sportswear. From a segment driven by a collection of largely unorganized and homegrown SMEs two decades ago, today these international icons have not just made the market much more organised but have bolstered its overall size to over Rs. 6,000 crores.  Many pure-play brands today are also into sports accessories, gear & equipment, while others have expanded their offerings to include sports-inspired product lines 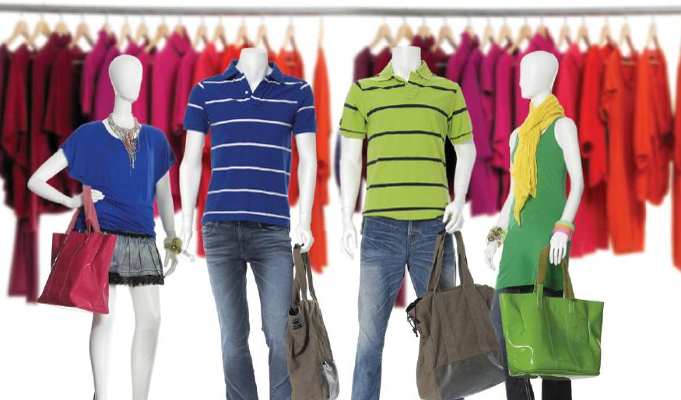 People in India are becoming increasingly health-conscious, and are turning to sports, outdoors and adventure activities as means to healthy living. Not restricted to professional sportsperson anymore, sports today are perceived as a “lifestyle” by people across age groups, and they seek suitable clothing and footwear. As such, products like sports shoes, apparel and accessories, and variety of sports gear and equipment too have become key items on their buying lists. Also, they prefer branded merchandise of international quality and don’t mind shelling extra bucks for them.  While metros and large cities continue to witness strong demand, it is also catching up in tier II, III cities, thus presenting a huge market for sports products. In consequence, sportswear is fast emerging as a high potential category in India’s specialty retail market. Many pure-play brands, offering apparel and footwear, are also into sports accessories, gear & equipment. Interestingly, the consumers, in general, consider sports, outdoors and active wear as one category even as for many sports-inspired clothing or shoes is a “mark of fashion”.  Taking cue from this, several apparel and footwear brands have extended their offerings to include sports-inspired product line(s).

Key findings of the IMAGES F&R research report ‘Sportswear Market in India 2015’ reveal that the combined market size of India’s active sportswear market (including sports footwear, apparel & accessories) is of Rs. 6,000 crores and is growing at 13 percent (y-o-y).

The sportswear retail play in India is dominated by big global brands such as Adidas, Nike, Puma, Lotto, Reebok and Fila. In adventure & outdoors segment, Woodland is a known name. Trusted by millions around the world, these brands have been present in the country for many years now, and have gained massive favor among Indian patrons. Other pure-play and sports lifestyle international brands that have created a strong brand recall value among locals include ASICS, Columbia, Converse, IZod, Tommy Hilfiger, Arrow Sport, Manchester United, Liverpool Football Club UK, Nautica, Li Ning and many more.

Offering functional and/or casual collections, these brands sell product as diverse as t-shirts, tops, track pants, tracksuits, trousers, shorts, jackets, sweat shirts, swimwear, lounge pants and shorts in apparel; caps, headbands, wristbands, etc in accessories;  while the footwear range consists of shoes and sandals, all in line with latest international design trends. Men’s segment is much bigger as compared to women and kids. The demand for sports products for the latter two categories is also growing.

Apart from worldwide recognition, the success of these brands in India can be attributed to factors like innovative and quality products, understanding of local consumers, ability to cater to market demand, large distribution networks, etc. Besides, there are only a handful of homegrown brands operating in sports lifestyle space such as  Proline, Wills Lifestyle, Spykar, John Players (in apparel); and Action, Columbus, Sparx, Liberty, Lakhani, Power, Yepme (in footwear).

Also, not each of these belongs to pure sportswear segment. So, in the present context, global brands, by and large, are pitted against each other to fight for bigger market share.

Whatever be the entry mode, majority of global sportswear brands with major presence and bigger share in the Indian market have followed the franchise model to scale up their exclusive store presence. Whether it’s pure-play brands like Adidas, Nike, Puma, Reebok, Fila and Lotto or  sports lifestyle  brands viz., Tommy Hilfiger, Levi’s, UCB that offer sportswear as one of the key categories. The franchise route finds favor among brands since it is a low cost expansion model that as well facilitates rapid and mass expansion in new markets.

For international brands, local partnerships (JVs or licensing) are quite beneficial as they expand beyond borders. Partners help them gain foothold in unknown territories by bring in their understanding of local market conditions and business expertise.  On the hand, the local companies can leverage the brand equity of a internationally known brand. As such, both partners share the fruits of the brand’s success and growth in the target market.

Delhi’s Adi Sports is a trader and supplier of sports goods, cricketing gear and other sports apparels and footwear. A franchisee of Adidas group, the company has over 20 stores (Adidas and Reebok) in Delhi/NCR, Punjab, Haryana and Rajasthan.  Based out of Jaipur, Acme Lifestyle is a distributor and retailer of a number of international and national brands in apparel & lifestyle space in Rajasthan. It has brands like UCB, Puma, Lee, Indian Terrain, Spykar, Mufti and CAT in its kitty.  Comfy ShoeMakers (Chennai) is one of the largest franchisees of Adidas pan India. Apart from making Safety Shoes at Ambattur Industrial Estate, the company deals in the retail of Adidas merchandise through 42 exclusive Adidas & Reebok stores spanning Tamil Nadu, Kerala and Pondicherry. Also, it’s the first franchisee to open an Adidas Originals store in Chennai.

Kolkata’s CS Group is a Master Franchisee for Reebok and Levi’s in West Bengal, Bihar, Jharkhand, Orissa, Sikkim and the North East. Associated with Reebok since 2005, the group’s retail wing operates close to 21 EBOs for brand Reebok. It also operates 27 EBO’s for brand Levi’s?, and is also the C&F distributor for John Players for WB.

Reebok, Levi’s, UCB constitutes Bengaluru-based Emdee Apparel’s global brand portfolio. At present, it runs close to 20 Reebok outlets. One of the largest retailers in south, the company is also the master franchisee for Peter England, and has launched own brands Hayaa and Avirate.

Kapsons Group from Chandigarh is north India’s leading distributor and retailer of many national and international fashion and lifestyle brands with 190 stores (MBOs and EBOs) including Puma (30 outlets). Saffron Group in Ahmedabad is franchise of leading apparel brands like Nike, UCB, Levi’s, Tommy Hilfiger, etc with nearly 50 outlets (including 13 of Nike) across Gujarat and some presence in Mumbai and Pune.

Most significantly, as an associate of global sportswear brands, Delhi headquartered SSIPL Group leads the way. Incepted as Moja Shoes in 1994, the group’s business interests span manufacturing, distribution and retailing. Its   association with international brands began in 1996 when it became the first firm in India to tie up with Nike as local manufacturing partner, besides signing up as its exclusive licensee. The year 1998 marked its entry into organized retail arena with launch of its first Nike store in Delhi.  Eventually, SSIPL tied-up with several other global brands viz., Levi’s, Puma, Converse, Benetton, Lotto & Clarks. It also increased the count of production units to current 6 units.  Other than distribution of footwear brands, SSIPL has been appointed exclusive distributor by ENI-JR286, the global licensee of Nike Equipment range of products for the entire country.

Today, SSIPL, as a franchisee, has an extensive network of stores international labels Nike, Levi’s, Lotto and UCB.  Alongside global brand portfolio, the company has also launched in-house footwear brands sold through its concept stores. Furthermore, its distribution reach covers 75 cities. In fact, SSIPL, with 440 stores including 235 Nike stores, is India’s largest operator and retailer of franchised/licensed brands in fashion and lifestyle segment comprising sportswear.

The burgeoning Indian sportswear market is up for more action as more and more foreign brands are getting encouraged to dive into it. In recent four to five years only, major players like Paul & Shark, Speedo, Kelme, Quicksilver, Vans, Airwalk, Umbro, etc, have entered the fray with many more eyeing the opportunity.  These brands are gradually increasing their presence in India through a mix of retail channels.  Even as the period witnessed a slew of brands making a beeline for Indian market, USA’s Timberland, the manufacturer of hiking boots and other outdoor gear decided to exit as it couldn’t gain much traction in the country.

A noticeable change in the Indian sportswear industry is that it’s becoming increasingly organized; and modern retail is picking pace in small cities also, much to the delight of brands, suppliers and retailers of sportswear and sports lifestyle products. Another important factor fueling the boom is that the demand for high-end products is also growing. Adding to it, the global sportswear brands also find the new FDI regime favorable to their growth.  No wonder, global sportswear brands seem bullish on India!

The full report to be released as a part of IMAGES Business of Fashion Report at India Fashion Forum 2016:

Inputs are welcome from Sportswear brands, manufacturers, distributors, franchisees, multi brand retailers and industry experts to make the report as exhaustive as possible.

Inputs can be mailed to rajanvarma@imagesgroup.in