The 15th edition of India Fashion Forum celebrated the biggest night of the Indian business of fashion felicitating its outstanding achievements in great style at the Images Fashion Awards (IFA 2015) on 19th March at the Bombay Convention and Exhibition Centre. The evening was hosted by Bollywood actress Neha Dhupia. 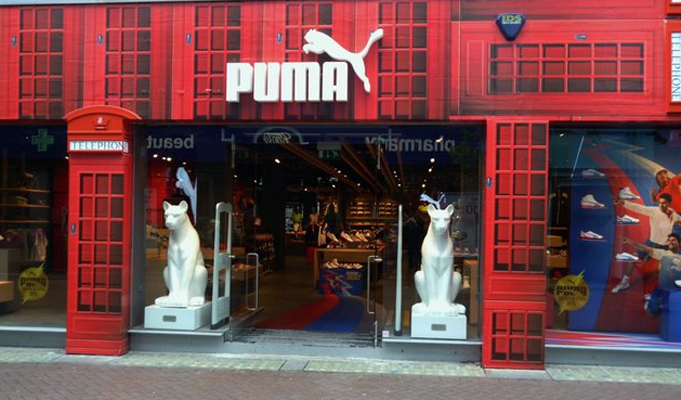 The awards presentation was kicked off with Mr Kunal Bahl, CEO and Founder, Snapdeal.com presenting 12 honours to its channel partners and suppliers for their contribution in making Snapdeal one of India’s most iconic and successful online fashion retailers.

The lead presentation ceremony began with Mr. Roy Kettlewell of The Woolmark Company presenting the two titles in the westernwear categories. While Allen Solly, pioneers of the idea of ‘Friday Dressing’ in India won it in the menswear segment, Vero Moda retained the title for the second consecutive year in the womenswear segment.

Benetton, Tommy Hilfiger and Puma are the three global brands that have become IFA serial winners for their stylish collections, outstanding business performance in terms of customer connect, market expansion, store design, trading density and YOY same store sales growth and also operational efficiencies. This year at the IFA, all the three brands Benetton in Kidswear’, Tommy Hilfiger in ‘Jeans and Casualwear’ and Puma in ‘Active Sportswear’ retained their  respective titles for the 2nd consecutive year . The awards were presented by Bonnie Brooks of Hudson’s Bay Company, Raza Beig of Landmark Group and Cherry Zheng of Goldly Textiles respectively.

In the women’s Indian wear category ‘W’, India’s first fusion and mix n’ match wear for women received the trophy from the hands of Mr. Vinay Pathak. In the innerwear category Dewang Neralla of Atom Technologies with Ms. Lili Zhu and Dana Su of Hangzhon presented the trophy to Hanes.

Vero Moda, the brand that has become synonymous with contemporary international fashion for women in India, received its second honour of the evening for its launch of Vero Moda Marquee from the hands of Ms. Elze van Veenendaal of Suitsupply. The grand launch of the brand at the Famous Mehboob Studios with renowned celebrities from the Fashion and Entertainment industry was supported with a TVC and Microsite launched by Karan Johar.

Among retailers while Lifestyle of Landmark Group was adjudged Images Most Admired National Large Format Store Chain of the Year, Kalamandir and Kanchepuram Varamahalakshmi of Sai Silks Group were recognised as the Images Most Admired Regional Retailer of the Year. The awards were presented by Mr. B S Nagesh, Founder, TRRAIN and Mr. Vineet Kanoujia of Safe Express.

The biggest excitement at IFA was the presentation of ‘Images Design Concepts’ as a salute to the design, innovation and product development teams who worked behind the scenes at fashion houses to produce truly cutting-edge fashion for consumers. Mr. Rajnish Mahajan of Inorbit Malls with Mr. Ran Wong and Rex Lam of Hong Kong Chuang da Button presented the honours to the deserving teams of Park Avenue ‘Autofit’ concept, Van Heusen ‘My Fit’ Concept, Adidas Originals and UCB 100% Benetton (SS ’14) for developing unique concepts with an effective communication and retail strategy.

The Images Most Admired Men’s Indianwear Brand of the Year: The IFA evening special ‘Images Excellence Award’  for a brand that continues to define the ‘Make in India’ success story went to Manyavar that increased its retail space by 50% in the year 2014 over the previous year with over 600 sales points all across India and total annual sales turnover of Rs 550 crore.

Images Fashion Company of the Year:  The IFA Evening’s final award went to Arvind Lifestyle Brands Ltd. With 14 brands in its portfolio catering to all segments — Value, premium and bridge to luxury –  Arvind Lifestyle Brands increased its turnover to Rs 2016 crore in the calendar year 2014, while growing at 26% over the previous year. Projecting Rs 5000 crore sales by 2018, Arvind recently acquired brands like Ed Hardy, Calvin Klein, GAP and The Childrens Place (TCP) and soon plans to enters footwear retail and ecommerce.

Attended by the top honchos and celebrities the Images Fashion Awards (IFA) set the stage on fire by ‘MUFTI Live’ followed by an enthralling performance by UK Vocalist Cara Jane Roberts. Blending the dance forms of Broadway jazz, tango and contemporary style, Abhimanyu Singh Rathore presented a dance musical depicting the evolution in fashion and its subtle imprints on personalities. The entertainment also included a comedy act by none other than Vinay Pathak.

“Fashion in India has come of age and Images Fashion Awards recognises the continuing evolution of the industry’s most dynamic and forward-looking brands every year,” said Mr. Taneja. The coveted IFA trophies were awarded to India’s most forward-looking, innovative and exciting fashion brands, retailers and professionals for achievements in the year 2014.

About the IMAGES Fashion Awards:
The IMAGES Fashion Awards (IFA) are India’s highest honour for recognizing excellence in the business of fashion. Now in their 15th year, the IFAs recognize most admired fashion brands, retailers and concepts. The IFAs are presented at the grand finale ceremony of the three day India Fashion Forum, the largest gathering of the brightest minds, products and concepts in fashion. This annual gathering of the fashion industry is the place where fashion leaders congregate to drive the future of Fashion in India. Every year at the IFF new ideas, concepts, and equations are created; and old relationships are renewed.

Self Nominations are checked for eligibility, completeness and data correctness. The IFA team of analysts then makes a presentation to the IFA jury – with analysis of performance metrics such as growth in sales and retail expansion. A special note is prepared on innovativeness, marketing effectiveness, supplier relations, employee practices etc.. Then the IFA jury – comprising of distinguished personalities in the field of research and consulting with thorough insights in to the business of fashion – goes through the presentation and gives scores based on their assessment of the nominees.

Hygiene, social distancing norms in focus as restaurants, retailers gear up to reopen